Maurice Adams Jr, 8 noticed an elderly woman ba-ttling to make it up a flight of stairs, he made sure that he gave her his supporting hands. This kind 8-year-old kid was traveling with his sister and mom for the high school graduation in the car, when he spotted a struggling elderly woman with a walker. 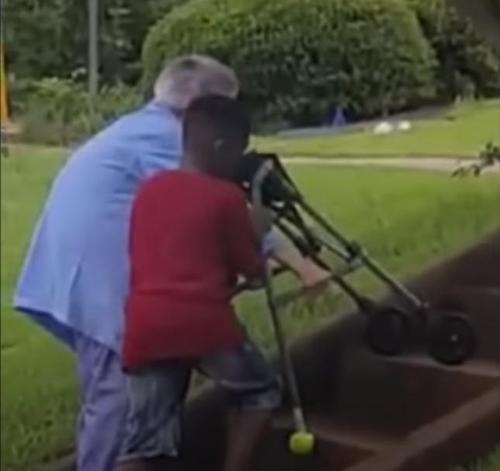 He immediately asked his mom, Contricia, if she could stop and wait for a moment so that he could go out and help the woman. 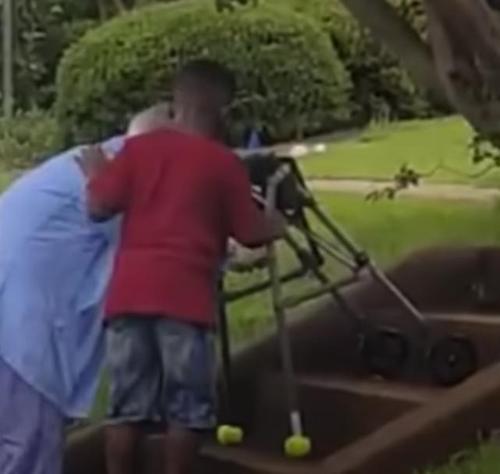 “He gently asked, “Can I go out there and help her up the steps?” said his mom. Once her mom allowed him, he ran up to the woman and asked her if he could help, she agreed and Maurice put his hand on her back to support her, keeping the elderly woman steady, and helped in lifting her walker each step. 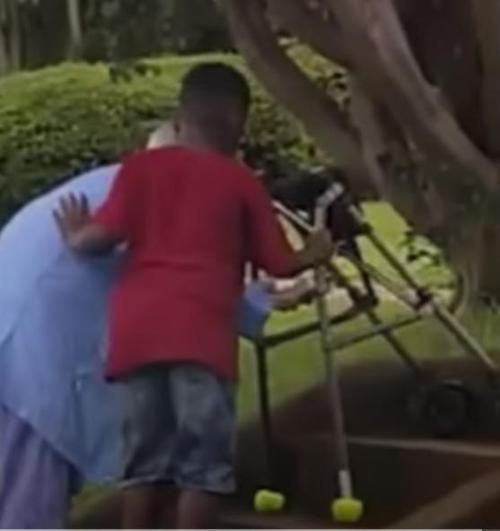 Riley Duncan was in the car behind Maurice’s car. When he realized the cause the car stopped, and his heart melted. It was him who impressively recorded a video of Maurice helping a woman on the stairs. Once Maurice completed his kind duty, he ran back down the stairs and hopped back to his mom’s car.

His mother felt so proud of her son for stepping out to help an unknown older woman in need. Later, she expressed: “It’s touching. It’s very touching.”