Danny Glover is living his best life at 75 after confirming his split from his second wife.

According to The Daily Mail Danny Glover was snapped frolicking with realtor Regina Murray during a trip to Sardinia on Monday.

The Lethal Weapon actor, 75, who wed philanthropist Eliane in 2009, looked in great spirts as he joined bikini-clad Regina on the beach – with a rep for the star confirming to MailOnline that Glover ‘is no longer married.’

It is not known when he split from Eliane, the pair were last pictured together in 2018.

Danny went shirtless, ring-free and donned a pair of cropped black bottoms as he joined his companion for a number of fun selfies in the sea. 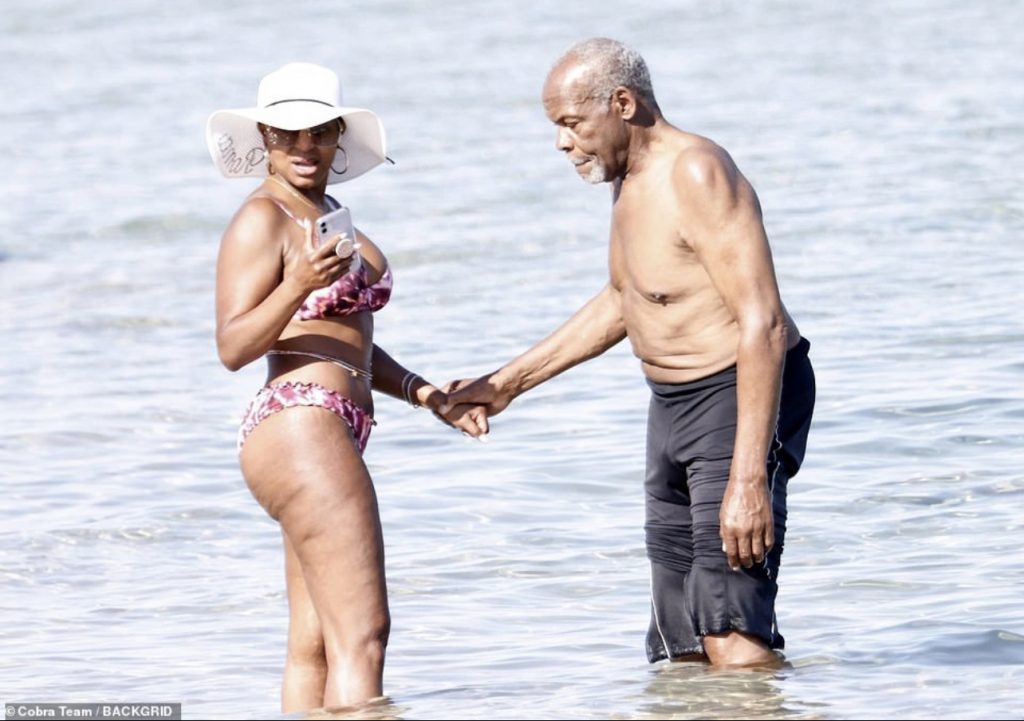 The pair looked to be thoroughly enjoying their holiday as they soaked up the sun during the beach outing.

Regina, who goes by the name of Gina, looked incredible as she showed off her figure in a pink tie-dye bikini, which she wore with body beads around her waist.

She teamed her swimwear with a white floppy hat, gold-rimmed sunglasses and large gold hooped earrings.

The beauty was keen to capture memories from their trip as she was seen snapping a number of pics with Danny, before getting him to photograph her as she posed up a storm in the sea.

Danny shares two stepsons with Eliane. He also has a daughter called Mandisa from his marriage to Asake Bomani – they tied the knot in 1975 and split in 2000. 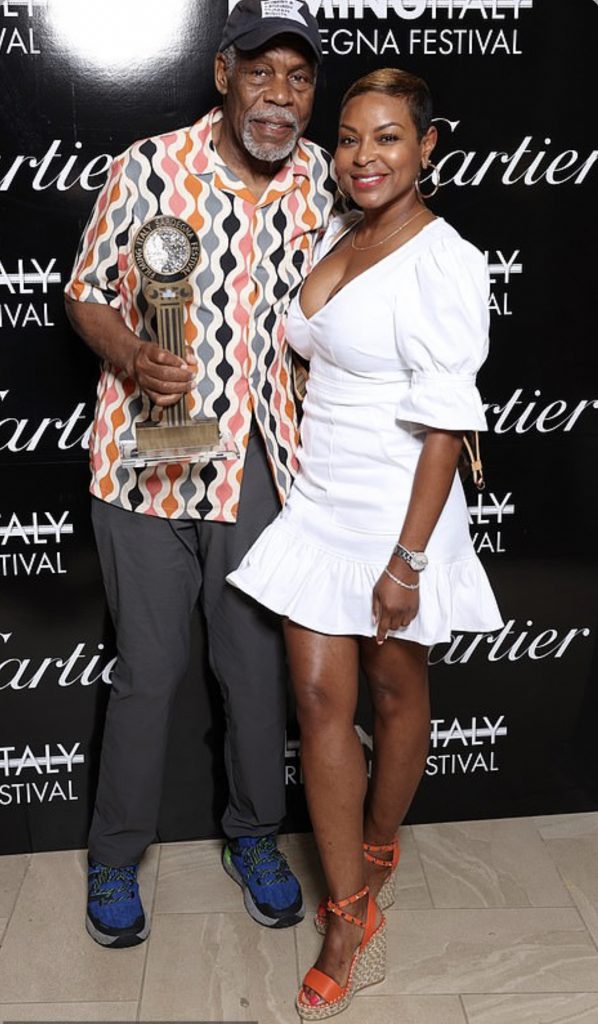 He and Gina walked the red carpet together at the Filming Italy 2022 red carpet on June 11 in Santa Margherita di Pula, Italy.

Moreover, Gina posted a picture of them together on her Instagram on July 23, writing: ‘Happy Birthday to the “Mista”. Many blessings to ya!!!’ alongside some party emojis, causing fans to question the nature of their relationship in the comments. 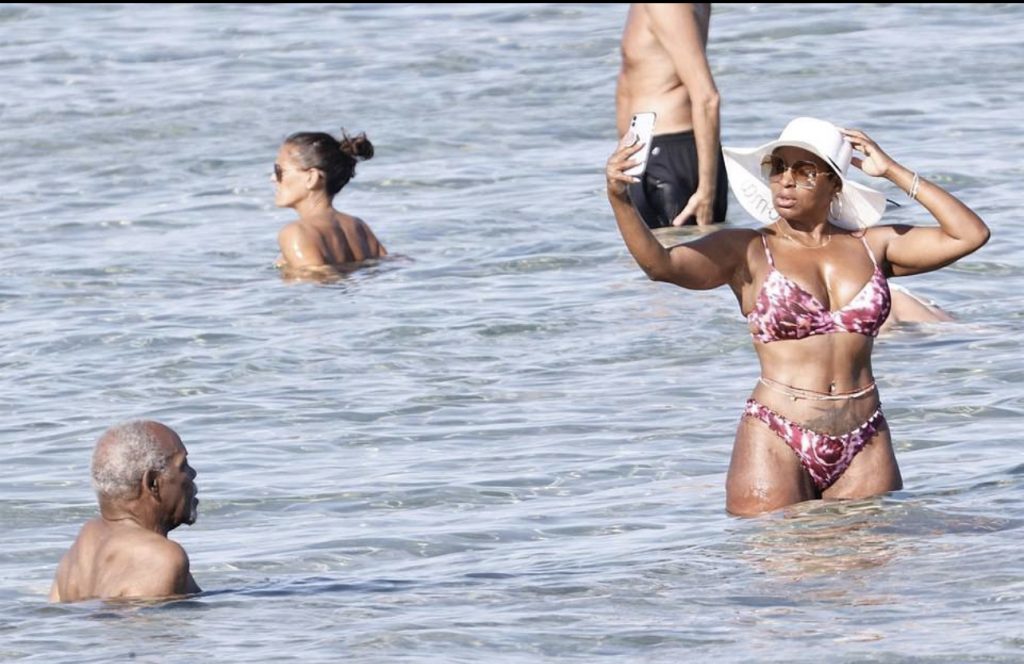 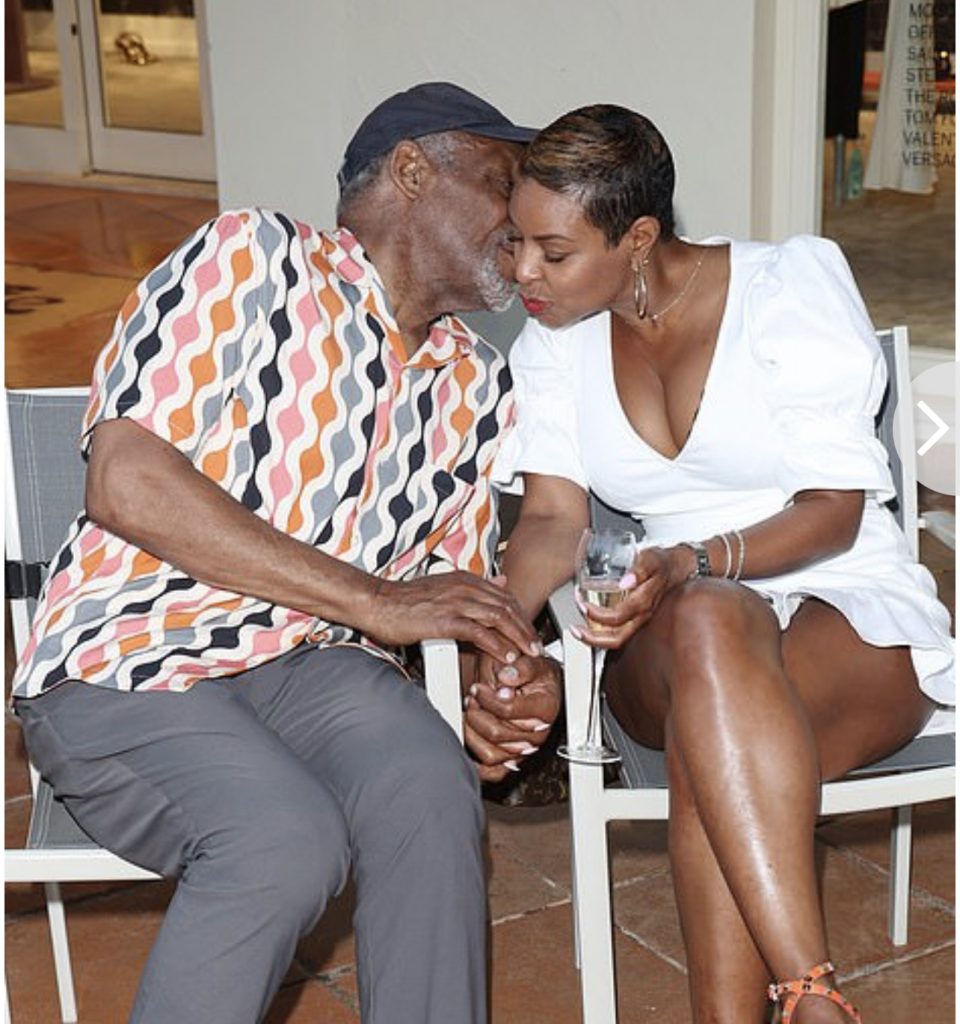