RICK ROSS UPSET AFTER BEING FORCED TO PAY $50,000 FOR A PRIVATE JET – WATCH

Rick Ross likes to save money whenever possible, but on a recent travel day, the Miami boss was forced to pay $50,000 to book himself a private jet.

On Friday (June 17), Rick Ross jumped on his Instagram Stories to vent that he was forced to pay $50,000 for a private jet after his commercial flight was canceled.

“I’m disappointed,” Rozay said in the clip. “I’m backstage at the Juneteenth celebration and just found out all the commercial flights being canceled because of people quitting, and now I’m being forced to charter a private jet. Man, that’s $50,000 I could’ve spent on my garden or buying some buffaloes. Come on, Delta.”

For those who may not know, airlines across the country have canceled numerous flights due to severe weather and pilot shortage. According to CBS News, airlines had scrubbed over 3,000 flights within the past 48 hours. Bad weather has been the cause for most delays, in addition, airlines are also dealing with staffing shortages. Watch the CBS News report below.

But don’t feel bad for Ross. On Saturday (June 18), The Maybach Music Group honcho returned to his IG stories to tell his followers that he doesn’t mind flying commercial.

Rick Ross posted a video of himself on an escalator rocking his green Louis Vuitton slides with the caption, “Commercial flights are cool guys,” along with a smiling emoji with sunglasses. He also asked if Delta airlines could carry his Luc Belaire champagne on commercial flights. “Then it’ll be the coolest,” he writes. 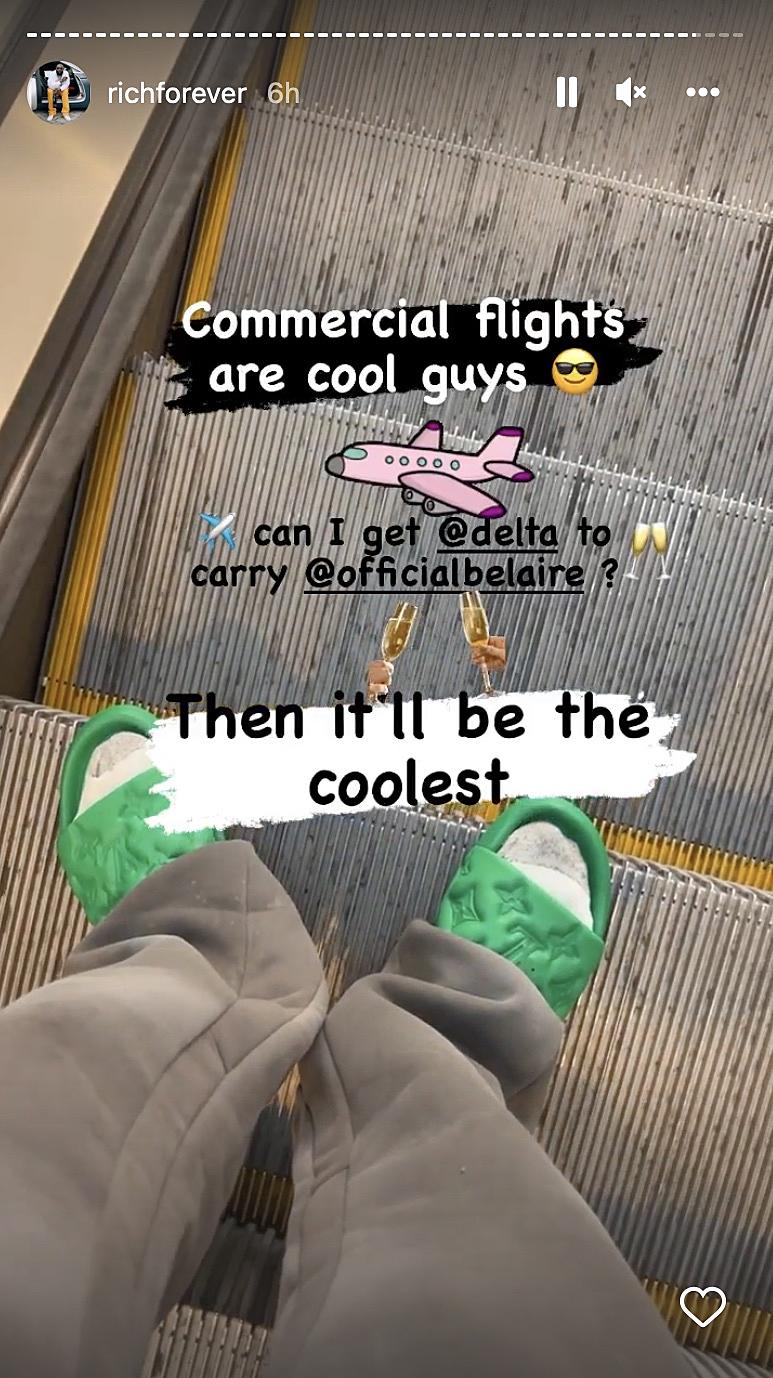 Rick Ross has been spending a lot of money to turn part of his sprawling estate, dubbed “The Promise Land,” into a small farm. He currently has horses, a cow and two buffalos with plans on bringing a lion onto the property as well.