Anita Alvarez was competing in the final of the women’s solo free event when she went unconscious and sank to the bottom of the pool in Budapest. This is the second time the 25-Year-Old has fainted in a pool during a competition, with her coach Andrea Fuentes coming to her aid during the Olympics qualifying event in Barcelona. She had finished seventh in the event, which Japan’s Yukiko Inui won. 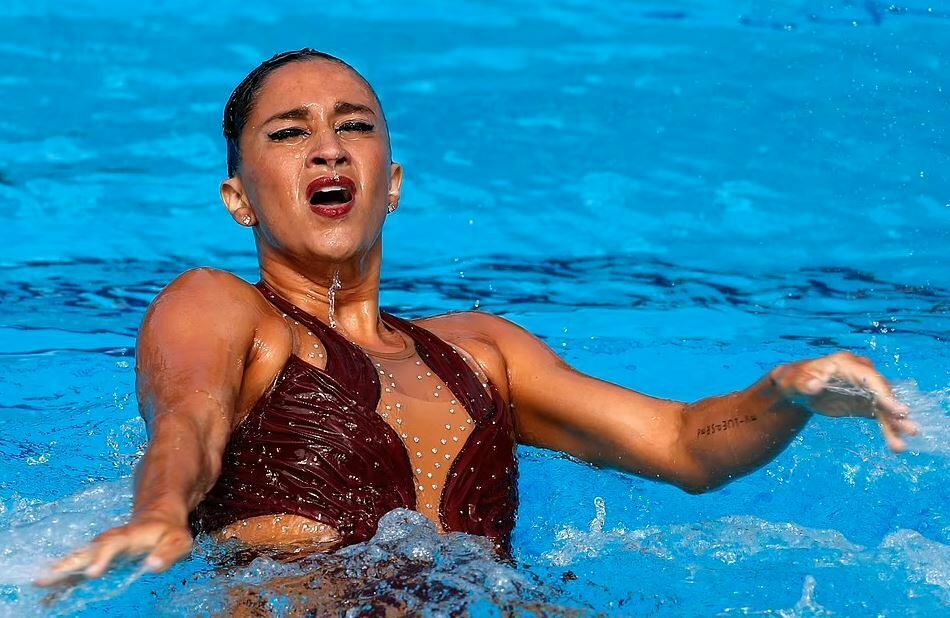 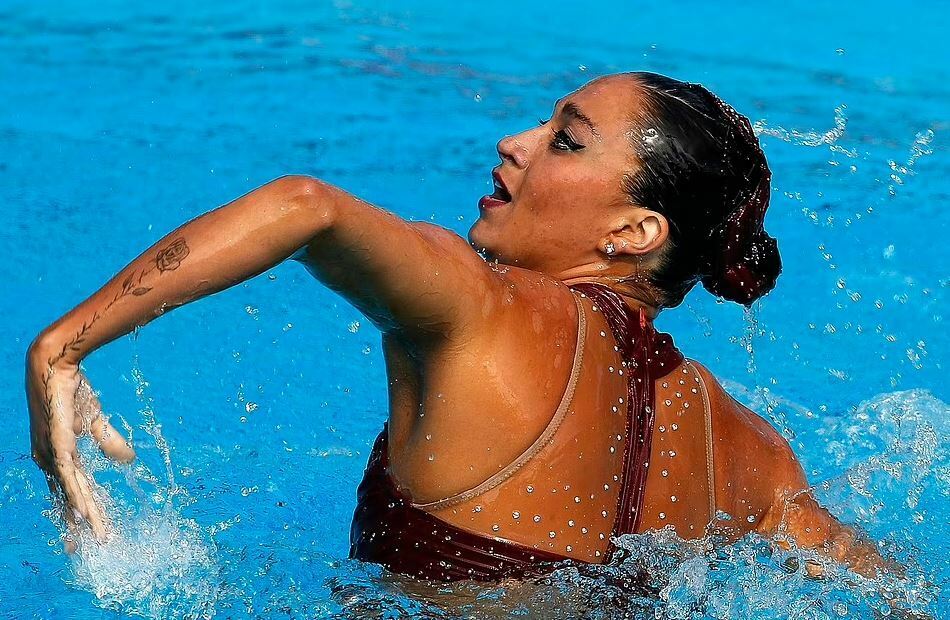 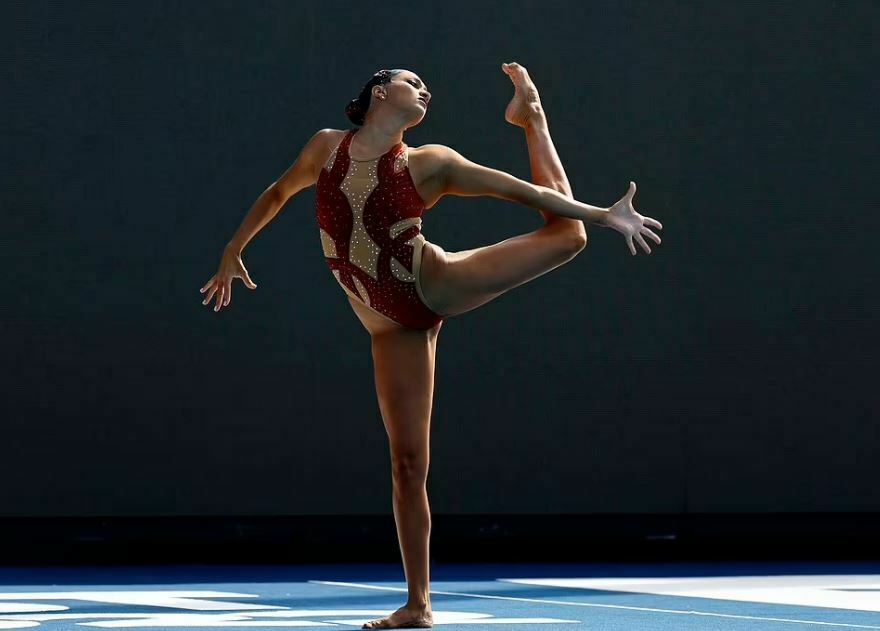 Yet again, Fuentes has rescued the swimmer at the world championships. 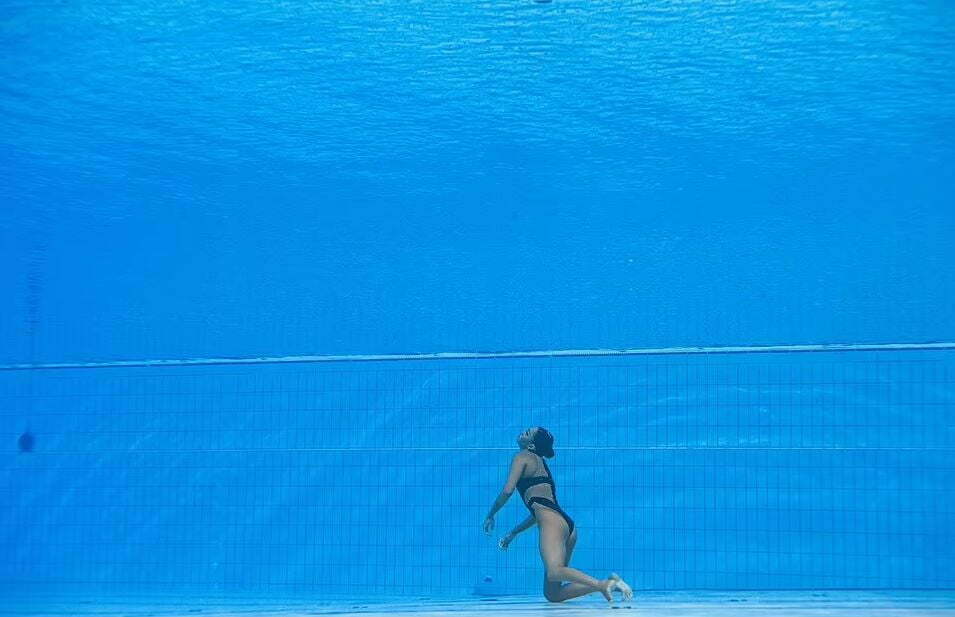 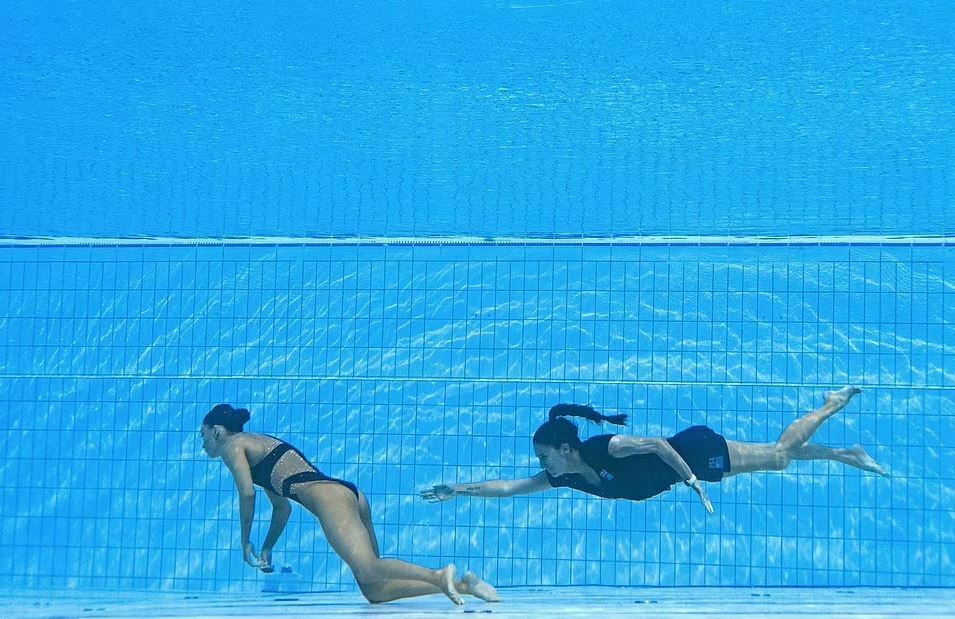 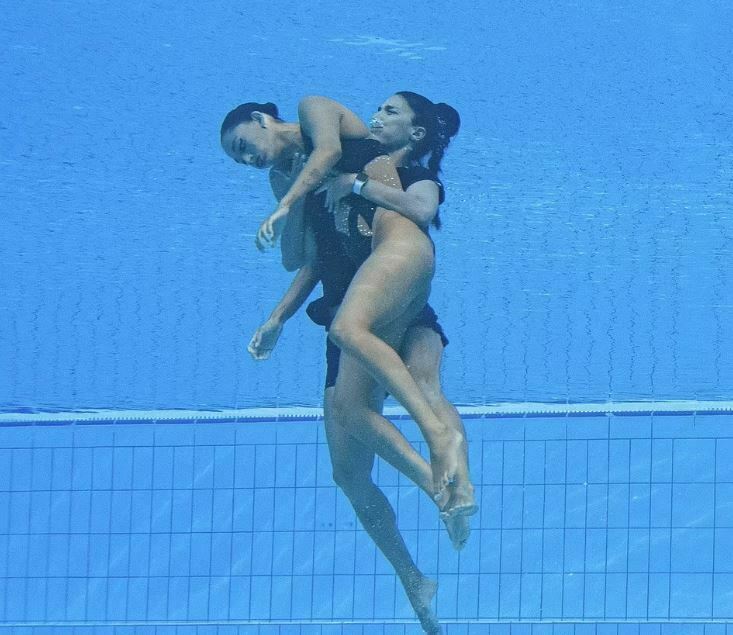 The coach leaped into the water and dragged Alvarez back to safety with the help of an unnamed man while lifeguards watched on. Thankfully, she gained consciousness soon after and instantly received immediate first aid. Alvarez is now reportedly recovering well, and Fuentes has admitted the incident was a big scare as she had to jump in because the lifeguards weren’t doing it. 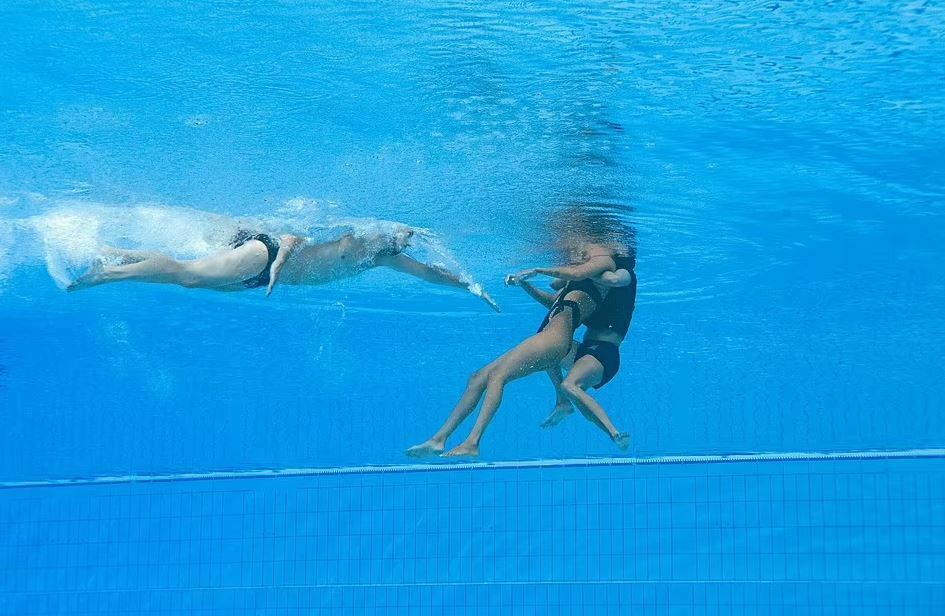 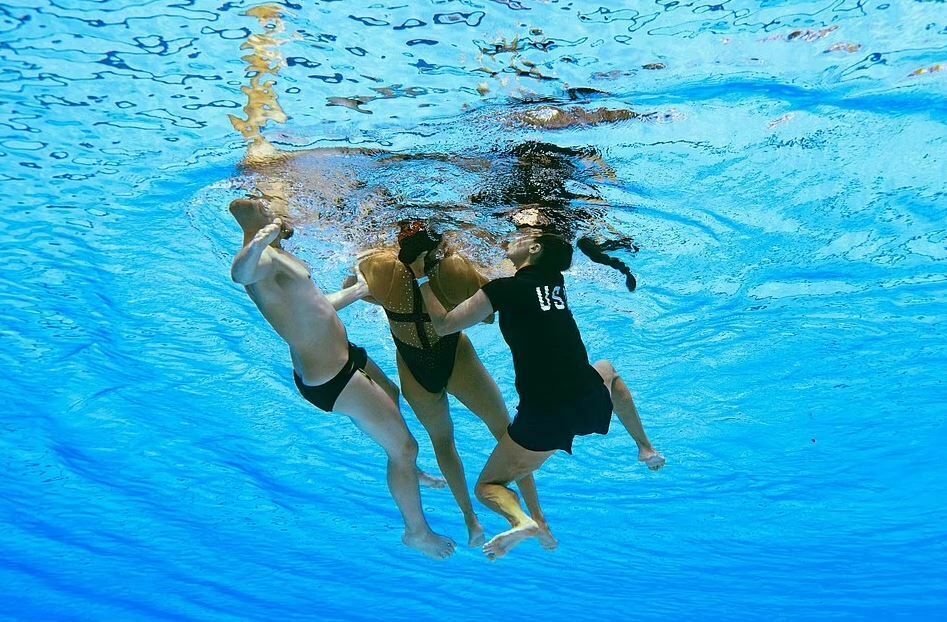 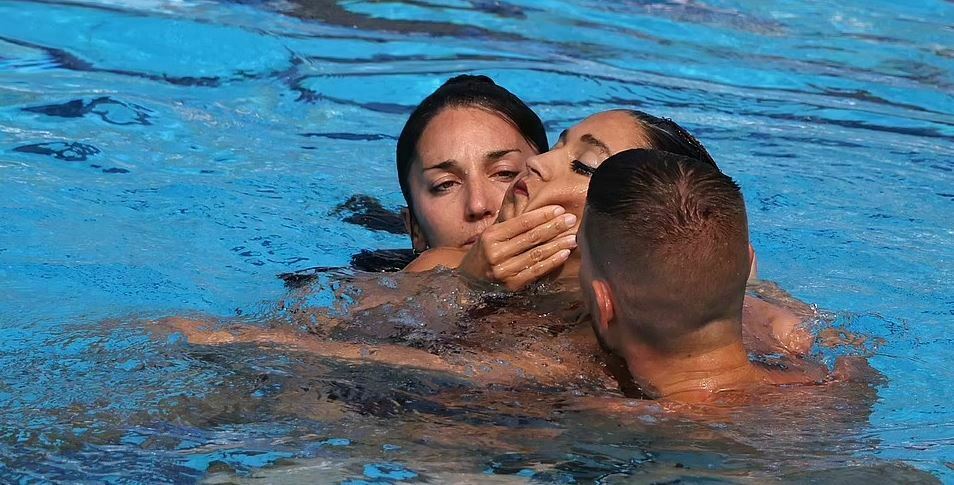 “I was scared because I saw she wasn’t breathing, but now she is doing very well. Anita is doing much better,” Fuentes added. 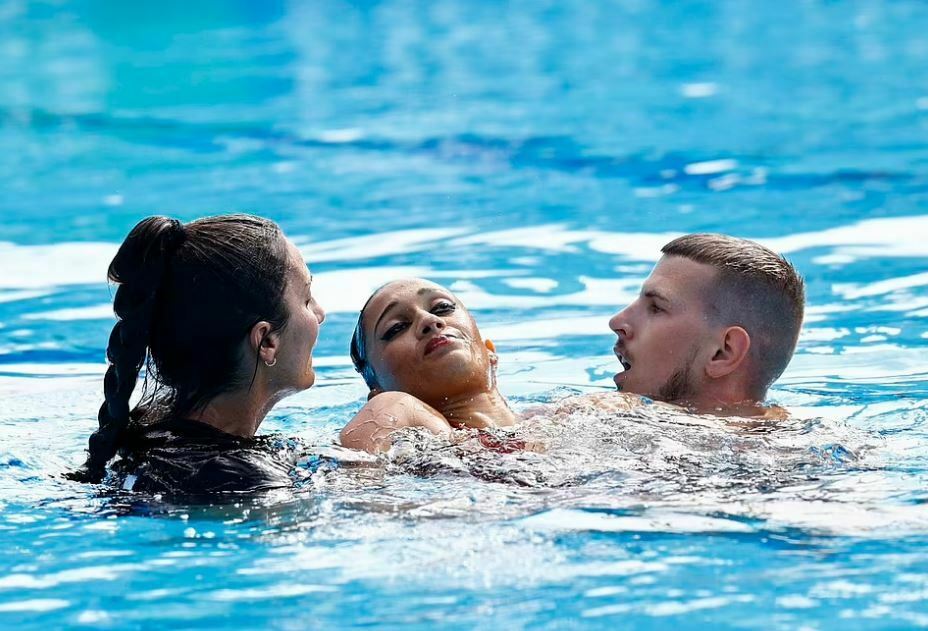 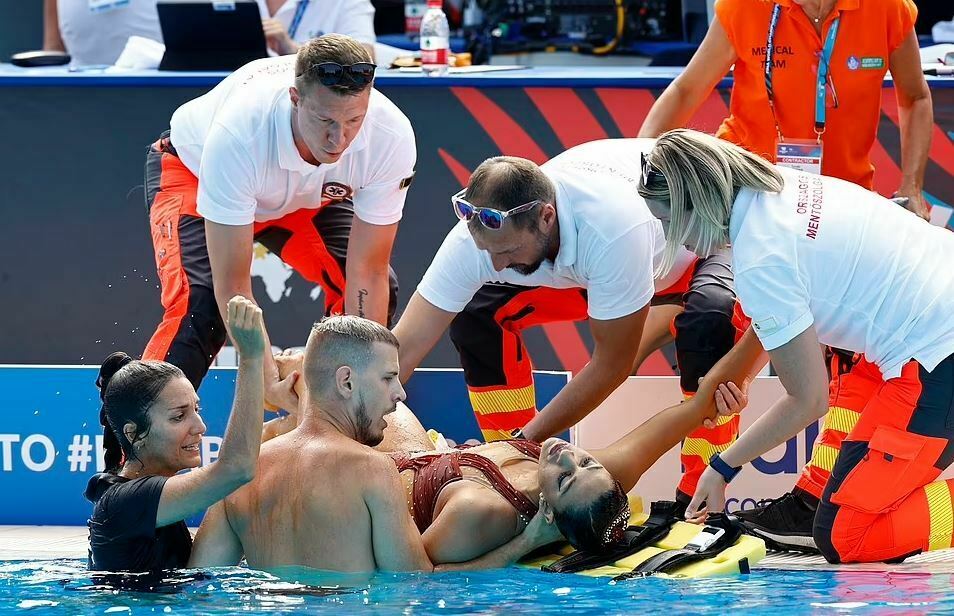 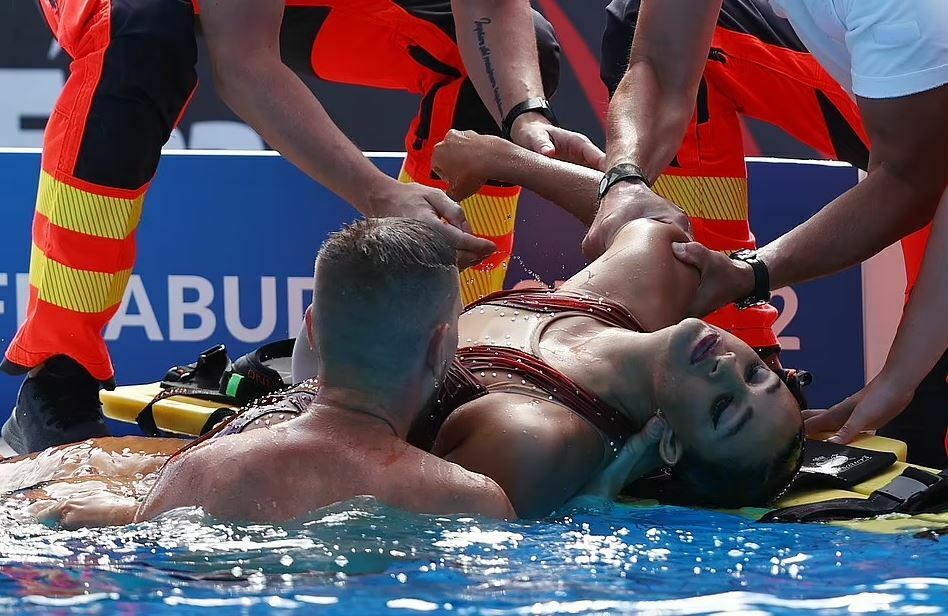 Due to the incident, the American swim team was left distressed and were spotted consoling each other by the pool. Taking to Instagram, Fuentes, via the @USaartisitswimmming page, summed up the situation, releasing a statement that reads: “Anita is okay – the doctors checked all vitals, and everything is normal: heart rate, oxygen, sugar levels, blood pressure etc. all is okay. We sometimes forget that this happens in other high-endurance sports. Marathon, cycling, cross country.” 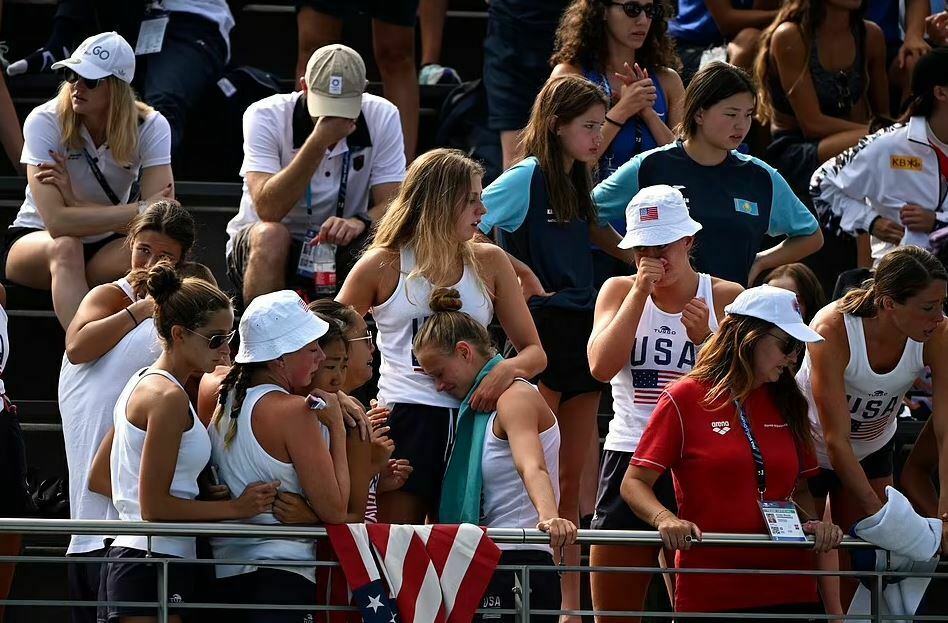 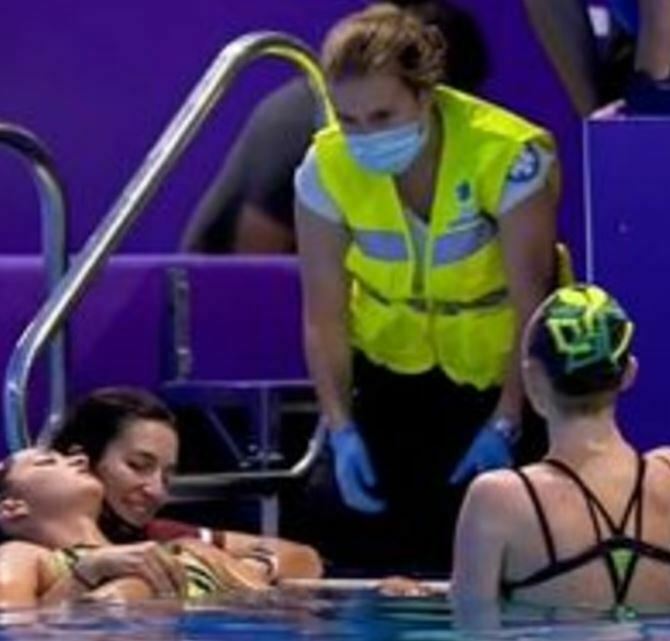 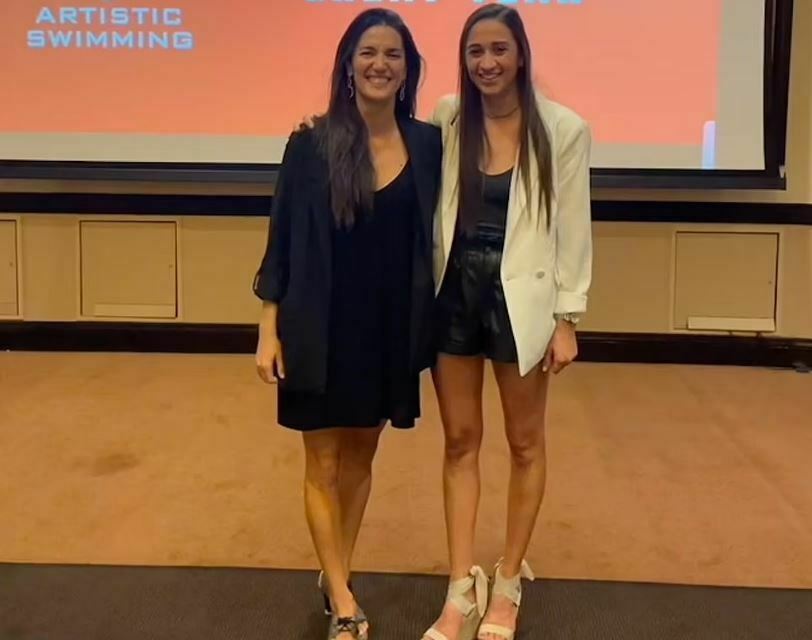 She added: “We have all seen images, where some athletes don’t make it to the finish line and others, help them get there.” 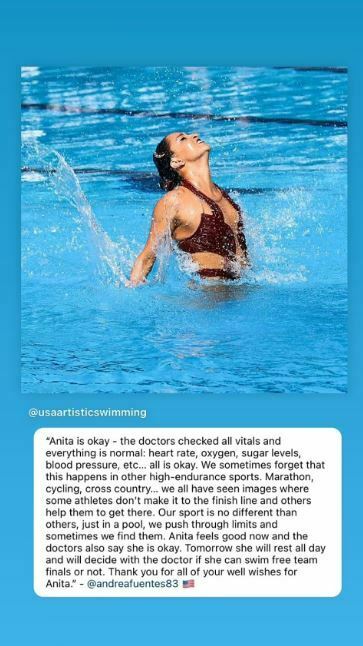 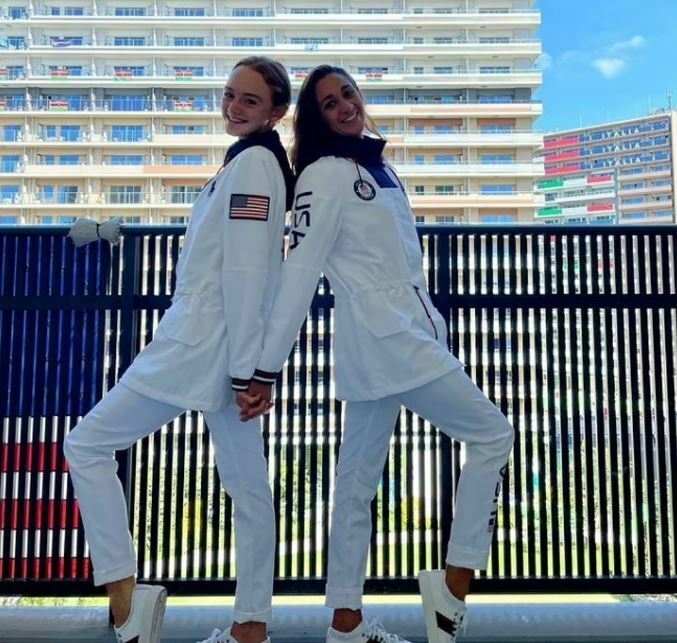 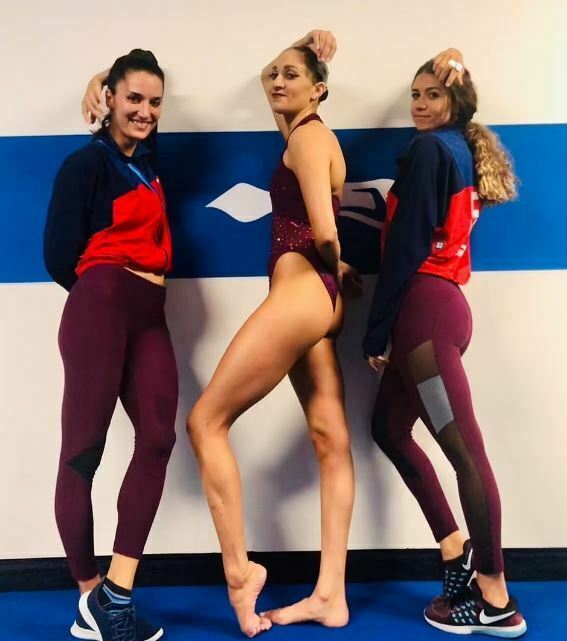 “Our sport is no different to others, just in a pool, we push through limits, and sometimes we find them. Anita feels good now and the doctors also say she is okay. Tomorrow she will rest all day and will decide with the doctor if she can swim free team finals or not. Thank you for all of your well wishes for Anita.” 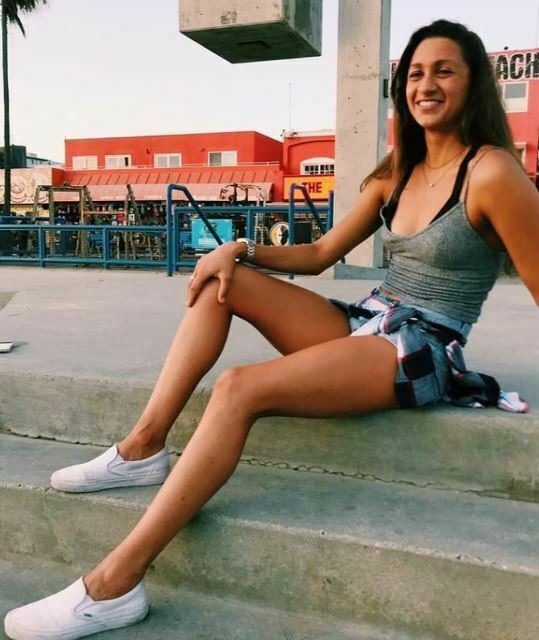 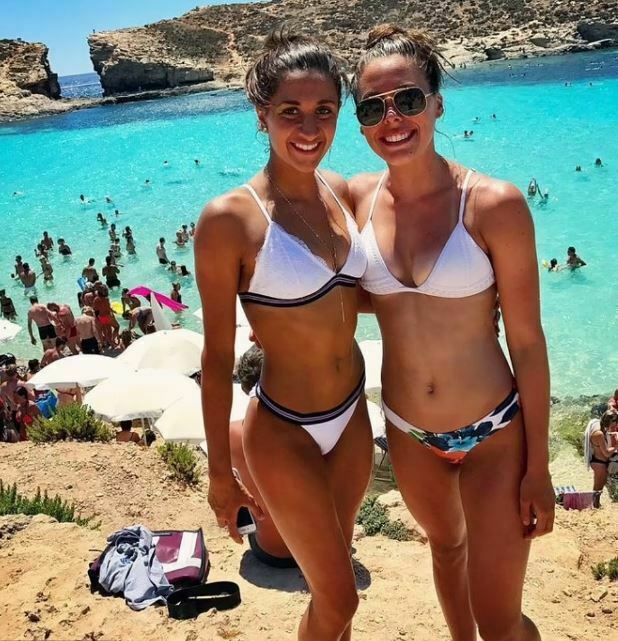 In 2010, Olympic medal winner Fran Crippen passed away in an open water swimming event in the UAE. He was aged 26 when he competed in the 10,000m event. His other swimmers only got to observe he was missing when they reached the finish line, sparking a hunt to find him. Fran’s body was eventually found two hours after the end of the race by deep-sea divers 500 yards from the shore. At the time, other swimmers said the heat might have been a factor, with the water temperature at 30C.