A touching moment between a groom and his mother had touched the heart of thousands on the internet. Zak Poirier danced with his mom, a dream she’s had which became almost impossible when she learned that she was diagnosed with ALS (amyotrophic lateral sclerosis) in 2019.

Zak got married to his wife, Anja D’adesky, on April 9.

While most people were looking forward to the first dance, it was nothing short of a surprise for many who saw what happened: Kathy was pushed into the room by her twin sons, Nick and Jake, dressed her best for the son’s wedding to dance with him.

The 28-year-old took her arm and lifted her, hugging her to support the woman as they moved slowly to the beat of the son.

Kathy spoke with The Epoch Times, “I was just so devastated that I wasn’t going to be able to dance with him. We talked about it, and I really wanted to make it happen.”

The 55-year-old was an emotional wreck at the wedding, and so was her son, who tried hard to hold back his tears of happiness and whispered to her, “I love you.” 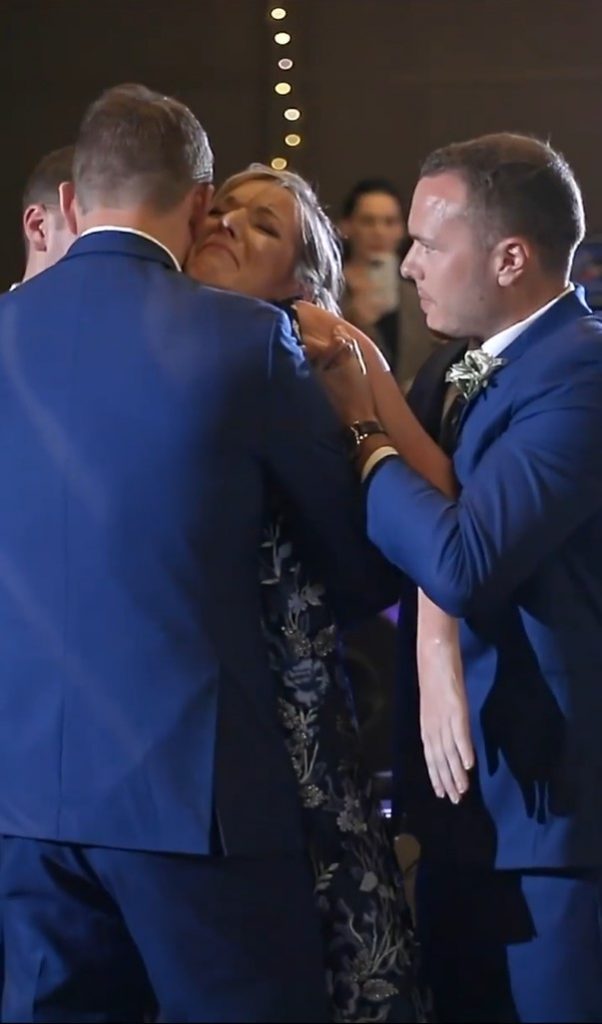 “I was very worried the day of the wedding… it was very emotional, but I wouldn’t have done it any other way,” she added. She also recalled how her sons were constantly comforting her, “We’ve got you, Mom, don’t worry. We can do this.”

Kathy relived the moment and shared, “I had a hard time keeping my tears at bay, but it felt great. It felt liberating to get up and have a moment like that with my son at a milestone in his life. It was just beautiful.”

Their story went so viral she was invited to Good Morning America to talk about the precious moment. 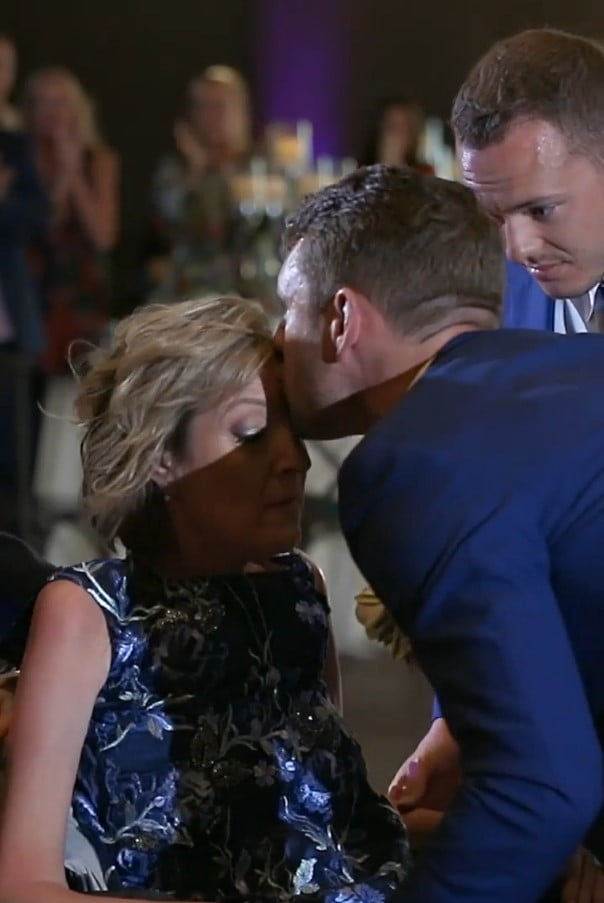 “Once I got on the dance floor, I knew my boys had me. They just said, ‘Don’t worry. We’ve got you. We’re not going to let you go.’ And it was just a moment I have dreamed about for a long time.”

People were praising the moment and the mom who had the courage and resolve to be there. But she shifted the attention to raising awareness of ALS, which is “so unforgiving.”

“There’s not enough awareness. I’m very fortunate; I have family, I have money to spend on treatment. But it’s not just about me; it’s about all the people that are suffering from this disease that need help,” she shared.

The former interior decorator is now in her “fight” against the disease that only gave her five years, and she’s in year 3. She found out about her ALS when she experienced weakness in her hands.

But she’s not giving up – she firmly stated, “I’m choosing to fight it. I love my life… I want to live as long as I can.”