She sang the Rolling Stones’ song Gimme Shelter, Producers of ‘Tina’ later fi*ed her over it

When Chanel Haynes appeared at Milan’s San Siro Stadium to vocalize “Gimme Shelter” with the Rolling Stones on 21 June, she had a lot on her mind: She had spent before few months in London portraying Tina Turner in the West End output of Tina, and there

was a display that night. But this was a once-in-a-lifetime chance alongside a good chance to cede the stage to her understudy just though it would finally cost her her day job. On the last-minute flight to Italy, she played many different renditions of Gimme Shelter 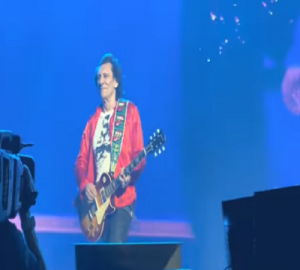 st**ving to figure out the best path to deliver Merry Clayton’s visceral songs from the 1969 original. “I was perplexed,” Haynes said that Rolling Stone via Zoom from London. “I was thinking, ‘Do I do it the way Merry listed it? Do I do it the path people are used to

hearing it live? Do I do it my way?’ I understood that I just had one sh*t to e’x*cute.” All of these queries were swirling through her mind when drummer Steve Jordan greeted her and gave her a cellphone. Clayton herself was on the other end. “I can almost c*y 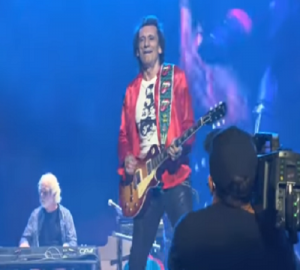 speaking about this,” tells Haynes. “It was a spiritual moment. She said to me in importance, ‘Nobody can vocalize this song like me. When people strive, they get husky. What I expect you to do is vocalize it like Chanel would sing it. I’m lending you that permission.

The ch*rch is in you. I learn you’re a church girl. Believe it. Move with it, but do it your way.’” Haynes’ street to that spi*itual moment on the phone with Clayton started in 1997 when her teenage gospel group Trinitee 5:7 ratified to GospoCentric Records and slash their debut LP with respected

vocalists like Kirk Franklin. “I went from being a girl to memorizing the real world,” she tells. Not just watching the world through my dad’s eyes a preacher’s daughter but seeing the world as it is. I establish my own voice, and I understood I didn’t whistle like anyone else.”