Aspiring rapper and YouTuber S.dot, aka Dotarachi, died following heart surgery, his girlfriend, Holly confirmed in a Facebook post on Wednesday. He was 27.

S.dot was born with a congenital heart defect and has endured multiple heart surgeries.

The Chicago drill rapper was known for his regional hit song “Skrilla.”

The founder of rap collective 485 was a member of Chicago’s 600 gang, a Black Disciples set. He later released music on his YouTube channel, DotarachiVevo, before becoming well known as a YouTuber with his girlfriend, Holly.

In an emotional video on the “Holly and Sdot” YouTube channel, S.dot asked for prayers before going in for surgery to repair a tear in his aorta, the main artery that feeds oxygenated blood to the body. 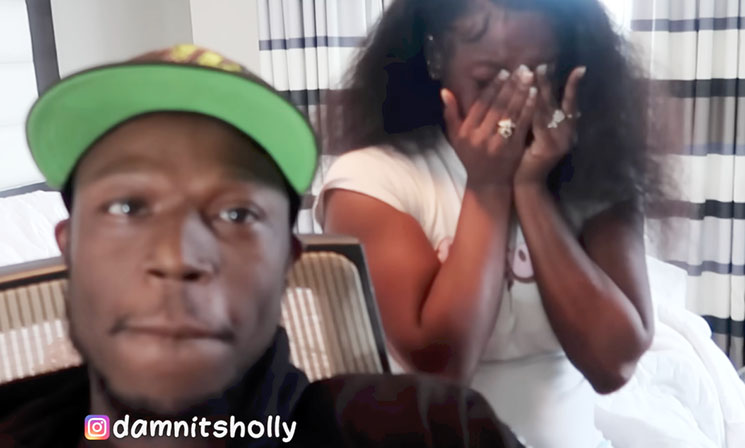 “I don’t know what to do,” said Holly. “I kinda feel sad but I try not to feel sad because I don’t want you to feel sad,” she told S.dot, before breaking down in tears.

“I feel like I don’t know how to comfort you, so it’s kinda like… I know you was saying, ‘be realistic,’ but … what do you say, you know? I guess I just want you to go into it with a positive spirit.”

He then told Holly he loved her and she should move on without him.

Watch the emotional video below.