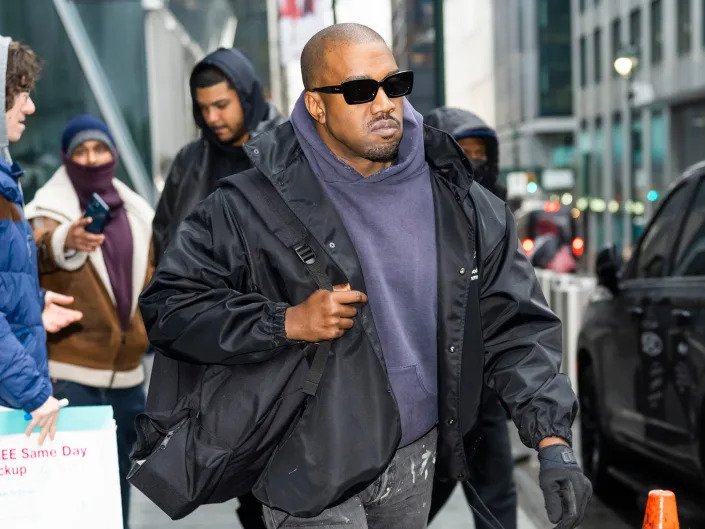 Kanye West said he is “releasing all grudges” after the death of Queen Elizabeth.

He said in an Instagram tribute to the Queen that “life is precious.”

Over the years, West has been in feuds with celebrities such as Taylor Swift, Jay-Z, and Drake.

Ye, the former Kanye West, said that he is “releasing all grudges” in tribute to Queen Elizabeth.

The rapper joined numerous celebrities in paying their respects to the British monarch, who died on Thursday at the age of 96, according to a statement from Buckingham Palace.

Ye posted a tribute to the Queen on Instagram, sharing pictures of the monarch when she was younger, as well as a text post that said: “Life is precious. Releasing all grudges today. Leaning into the light.”

The “Stronger” rapper has had numerous feuds with other celebrities over the years such as Taylor Swift, Drake, Trevor Noah, Billie Eilish, and Jay-Z.

Ye has posted and deleted several images mocking Davidson and even posted a fake newspaper headline claiming the comedian had died after he broke up with Kardashian.

Earlier this year, Ye dropped Kid Cudi from his album “Donda 2” because the rapper was friends with Davidson. According to Billboard, Cudi responded in the comments, writing: “Too bad I dont wanna be on ur album u fuckin dinosaur hahaha. everyone knows ive been the best thing about ur albums since i met u. Ima pray for you brother.”

At the time, Ye also posted a since-deleted photo of himself, Kardashian, Cudi, and Davidson, with the caption: “I JUST WANTED MY FRIEND TO HAVE MY BACK THE KNIFE JUST GOES IN DEEPER.”

Cudi has since said he is no longer friends with Ye and added in an Esquire cover story that he has “zero tolerance for the wrong energies.”

Ye has not said whether he will make amends with any of the people he has been in a feud with. Last year, he made amends with Drake following their decade-long feud.