Kim checked 50 Cent on Thursday when he accused her of coming for Nicki Minaj‘s son in her verse on Megan Thee Stallion‘s new “Plan B” (Remix).

On the track, Kim rapped:

50 Cent re-posted his side-by-side comparison of Lil Kim’s 2021 BET Awards outfit and an owl. He captioned his post:

“QGTM @nickiminaj you better light her ass up I’m watching. she said something about the baby, her baby eye fvcked up…” 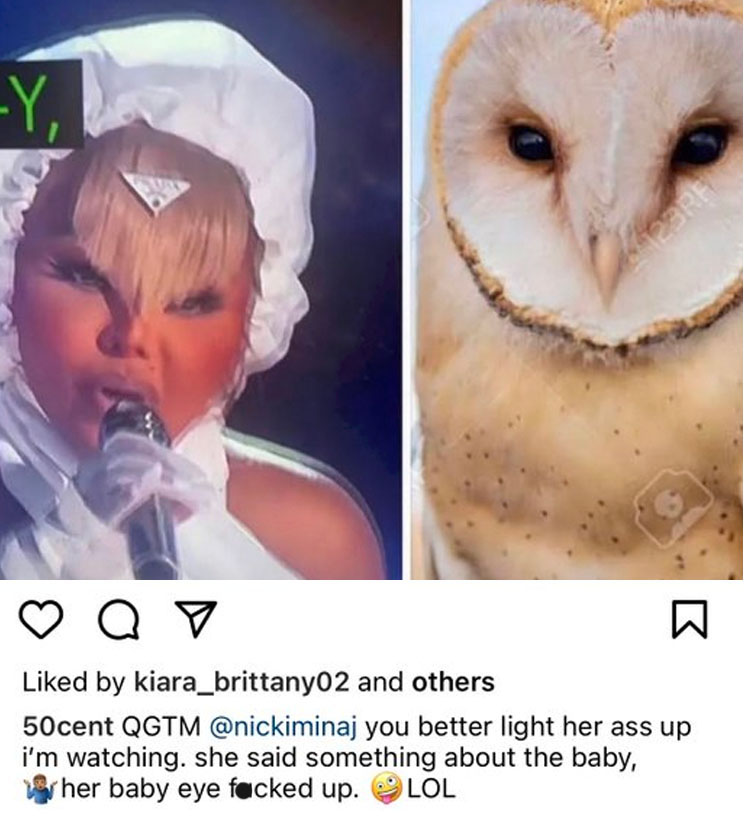 Royal Reign was born with congenital ptosis, which causes one or both eyelids to droop.

“I never said a word about anyone’s child … please feel free to listen to the song where we were clearly talking about an EX. To try and twist my words to have an excuse to take digs at my child is disgusting.”

“I’m one of the most disrespected legends in the game but what you will not do is come for MY CHILD.” 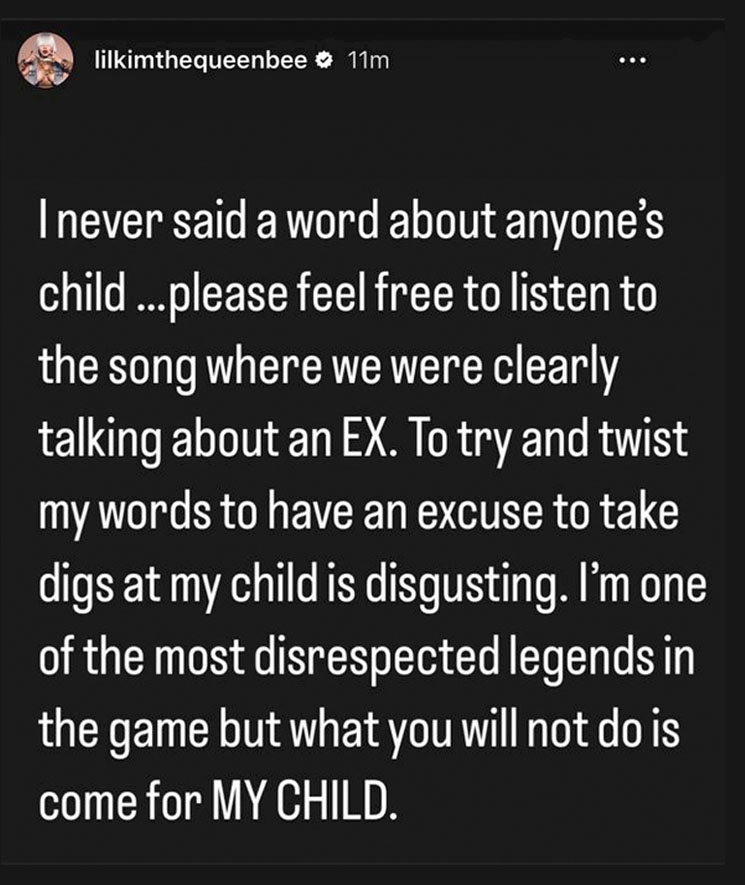 Fans took to Twitter to drag 50 Cent for repeatedly bullying the Queen Bee.

Its truly sad as hell seeing everyone disrespect Kim like that, its even worse that I'm not seeing her peers stand up for her

50 Cent been bullying Lil Kim for years and no one speaks up,not even mfs from the Black community who love to scream “protect black women”.Kim is right about being one of the most disrespected legends.The pure hatred for this woman especially from the black community is weird

50 Cent brought up Nicki Minaj’s son AND Lil Kim’s daughter, but instead of attacking the man speaking on children y’all are doing mental gymnastics to make what he said true for the sake of stan shit 😭

50 Cent is a weird… Lil Kim ain’t say nothing about nobody child. And y’all weird for entertaining it.

I can deal with trolls but 50 Cent. Ima give you maybe 3 seconds of my time because for a grown adult man to go after a child so innocent is what’s wrong wit this world.