We are deeply saddened to report that actor, Alton “Ben” Powers, better known as “Thelma’s” husband, “Keith Anderson” on Good Times, passed away on April 6, 2015. We do not know the exact cause of his death as of yet, but his long time friend made a public announcement a few days ago, confirming Ben’s death.

As soon as we get further details surrounding his passing, we’ll post it, but we just want to make sure that Ben Power’s legacy shines. So ILOSM family, let’s all celebrate a man who doesn’t get much attention in mainstream media anymore, but who we old school heads admire and respect greatly. 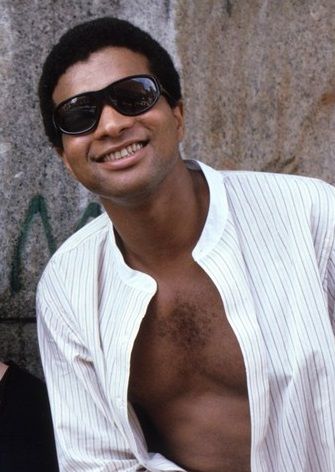 After his run on Good Times was completed, Powers actually…

guest starred in 80’s TV dramas and sitcom shows, so for those who don’t know, here’s a quick rundown of his work: He’s guest starred on shows such as Gimme a Break, Flamingo Road, The Greatest American Hero,The New Odd Couple and Laverne & Shirley.

He also was on the detective drama show, Mickey Spillane’s Mike Hammer, from 1984-85, right up until the the time that the star of the show, Stacy Keach, was arrested in London for cocaine smuggling which ultimately caused the show to get canceled, while Keach served time in England. Powers starred in a few films like Cheech & Chong’s Next Movie, Things Are Tough All Over, The Man Who Loved Womenleft, and he had smaller roles in some made for TV movies also, but he ended up leaving the acting world altogether at the end of 1985.

One of the most memorable scenes from Good Times is…wait for it….you know it: The infamous “wedding” episode when Ben’s character, “Keith” married “Thelma.” Is it just me, or did it feel like you were watching one of…

your family members get married on that episode? Powers, Bern Nadette Stanis and the rest of the Good Times cast couldn’t have executed that episode any better than what they did…they nailed it. “Michael Evans” singing Stevie Wonder’s “You and I (We Can Conquer The World)” was the icing on the cake, but when “Keith” broke his leg running down that isle and ended his NFL return, everybody was like “DAMN! Keith just can’t catch a break!” That was a classic episode and a great display of love on prime time TV back then. Okay I could go on and on about that ep’ but I’ll stop here.

The fact is that our beloved Ben Powers may not have been well-known to all the mainstream world, but he was known to us, the fans who faithfully watched Good Times on our family’s floor model TV, or else the smaller TV with the foil on the rabbit ears (those are TV antennas for our young old school fans on here) and a pair of pliers on the TV knob, sitting on top of the big floor model TV that no longer worked…don’t act bourgeois now ILOSM family…you know what we’re talking about…LOL! Seriously though, we’re eternally grateful for Ben Powers bringing laughter our way back in the day and we’ll never forget how he helped to make our old school memories beautiful with his contributions to the old school era.