Rapper 50 Cent under fire for making fun of Lil Kim daughter’s Congenital Ptosis disability! He said that “Her Baby Eye F**ked Up.”

Fans of female rapper Lil Kim are FURIOUS and fans of 50 Cent are extremely disgusted by the recent comment of the 47-year-old music mogul. 50, who is known for brewing social media feuds with many celebrities, has not attacked Lil Kim and talked about her daughter’s eye disability.

It all started when Lil Kim seemingly DISSED her rival Nicki Minaj in her latest track with Megan Thee Stallion. 50 Cent felt the need to show support to Nicki Minaj by attacking Lil Kim like that. And now fans are savagely ROASTING 50 Cent on social media.

The lyrics of the track instantly caught the attention of fans and they are started speculating that it was about her rival Nicki. 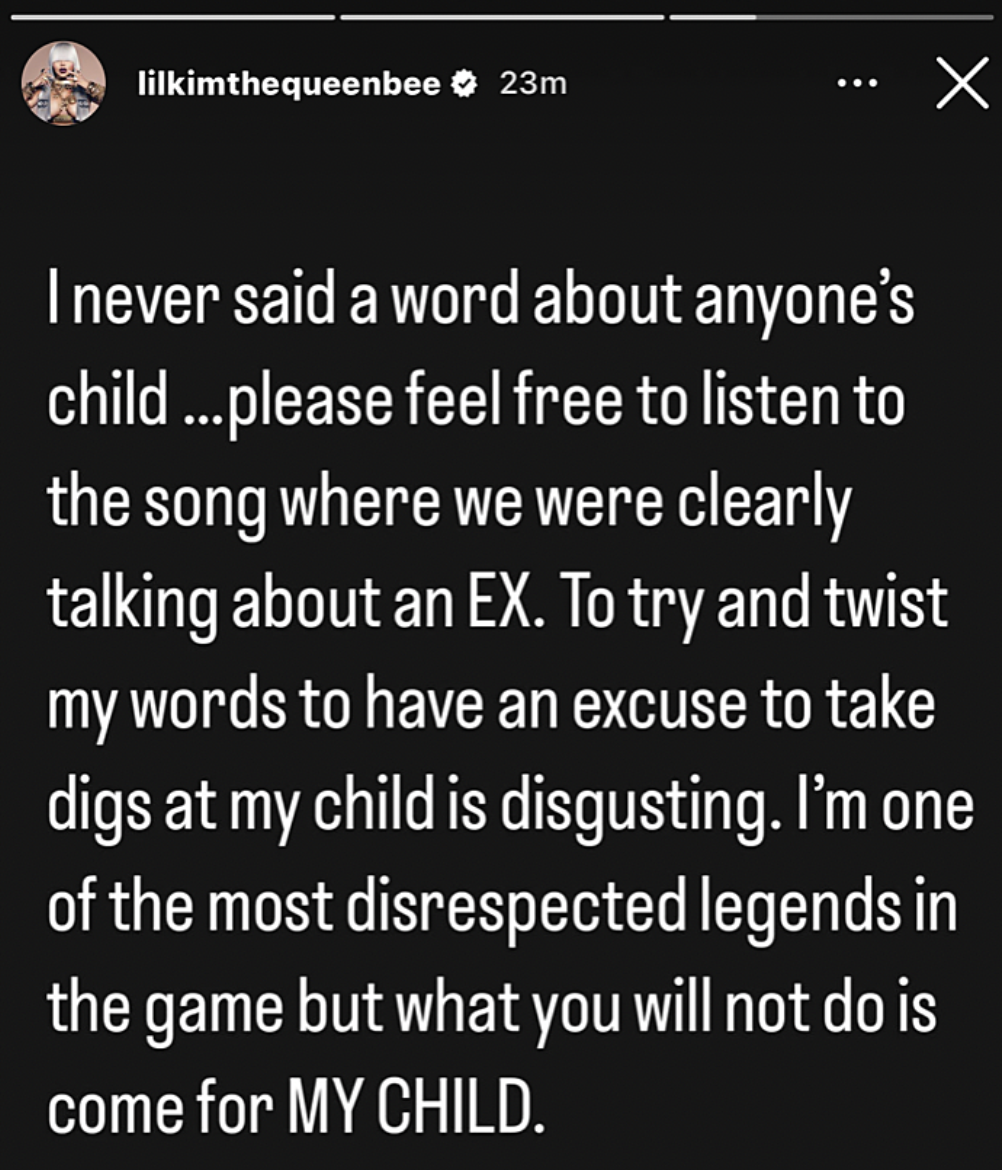 Lil Kim caught wind of what was going on the internet and took to social media herself to clarify herself. The rapper wrote a lengthy IG post clearing the fact that she didn’t rap about anyone’s child and she also took DIG at 50 Cent’s no famous comment about her child’s eye disability.

It’s a known fact that Lil Kim’s daughter Royal Reign Jones Neil was born with a disability termed Congenital Ptosis. The condition makes Royal’s eyelid a bit distorted. However, it’s nothing to make fun of at all.

But for some reason, 50 Cent felt it was okay to make fun of or even comment about the 8-year-old’s rare condition.

Standing up for someone is one thing but dragging someone’s child into the mess is a whole other story. And this was not lost on thousands of fans. They made sure that 50 was made aware of the mistake he had made and since then, fans have been publicly ROASTING him.

This is also strange because Royal is doing much better now and her eye condition is hardly noticeable after Kim got the best treatment for her at the finest hospitals.

“QGTM @nickiminaj you better light her ass up i’m watching. she said something about the baby, ‍♂️her baby eye fucked up. LOL,” 50 Cent wrote.

Lil Kim didn’t just let him speak ill about her child she she clapped back stating: “Still mad about that date I see. I aint know u was this mad tho. Damnnn. Fuck boi. Glad u was [listening] tho song was for u.” 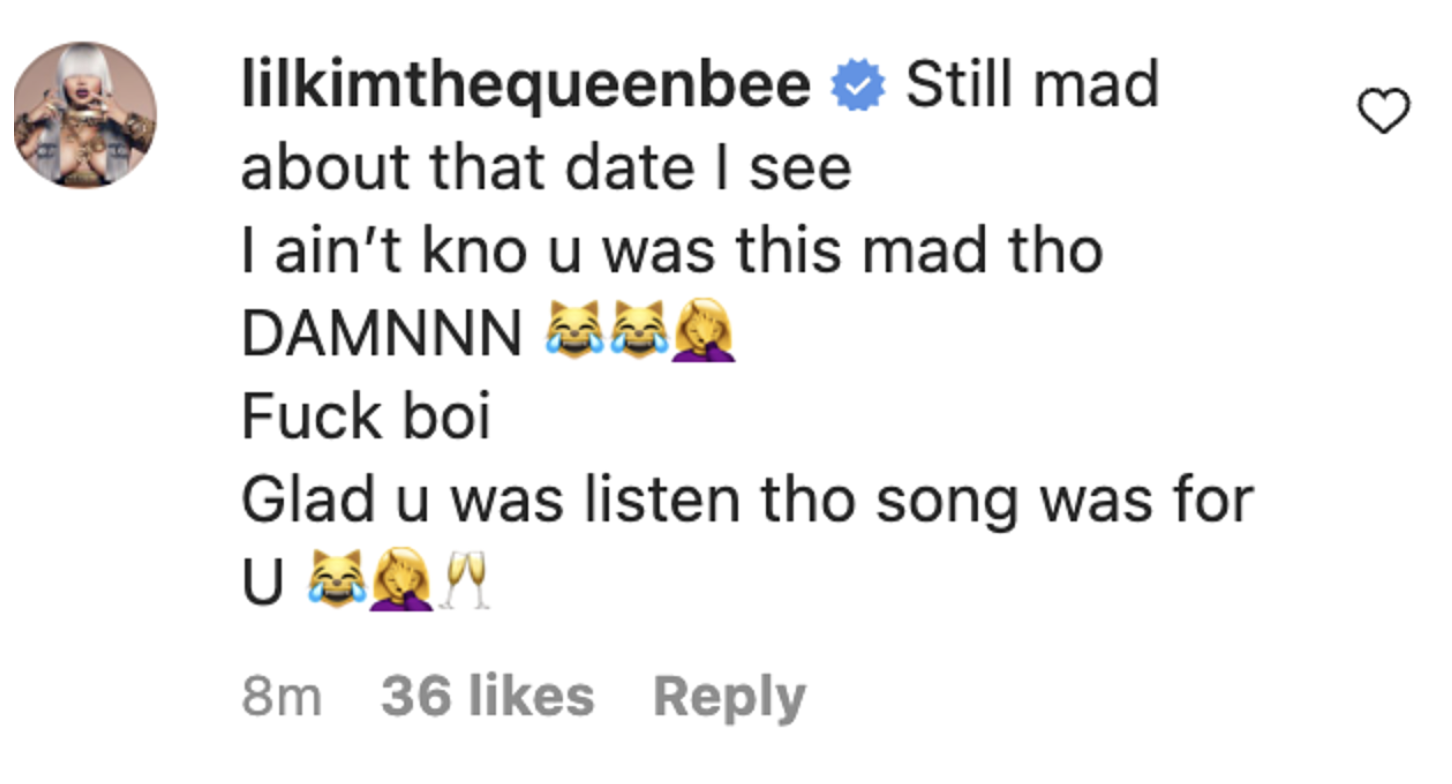 And their feud didn’t stop there. The two got into a Twitter fight following Fif’s insensitive comment about Royal.

And this isn’t the first time 50 has attacked Lil Kim like this. Last year, the rapper dissed Kim’s performance and compared her looks and moves to a Leprachaun.

Kim, in the most ‘Kim way’ clapped back at the rapper last year.

“Ur so Obsessed wit me this is getting creepy. U fallin off,” she wrote. “Im too bad and too fly in this video u reachin now but we all know why. Can we say Obsessed with Kimmie much!” 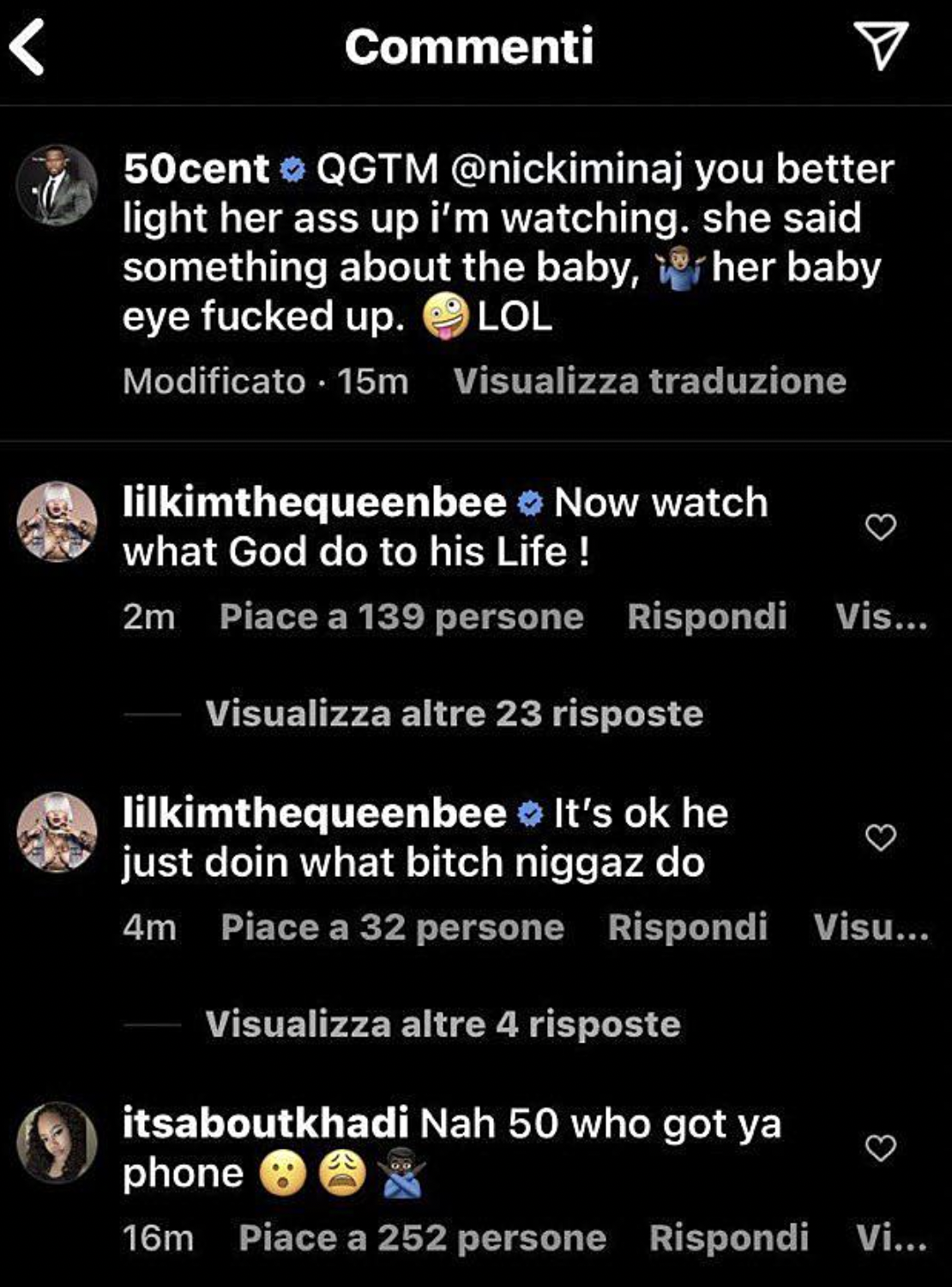