Brooklyn preacher Lamor Whitehead has been arrested after choking a woman during Sunday church service! The assault VIDEO of Bishop Whitehead is going VIRAL today!

Infamous religious leader Lamor Whitehead was arrested after he grabbed a woman’s neck and shoved her toward his security. The whole scene was captured by thousands of people on video as the pastor’s sermon was being Live streamed.

Lamor Whitehead lost his temper during his Sunday service at the Leaders of Tomorrow International Ministries in Canarsie. The 44-year-old pastor seemingly assaulted a woman because she interrupted his Sunday service.

Whitehead, who is s convicted felon, has several accusations against him of fraud and identity theft. It was reported that two women, who attended his Sunday service had some issues with the preacher and kept interrupting him during the service. 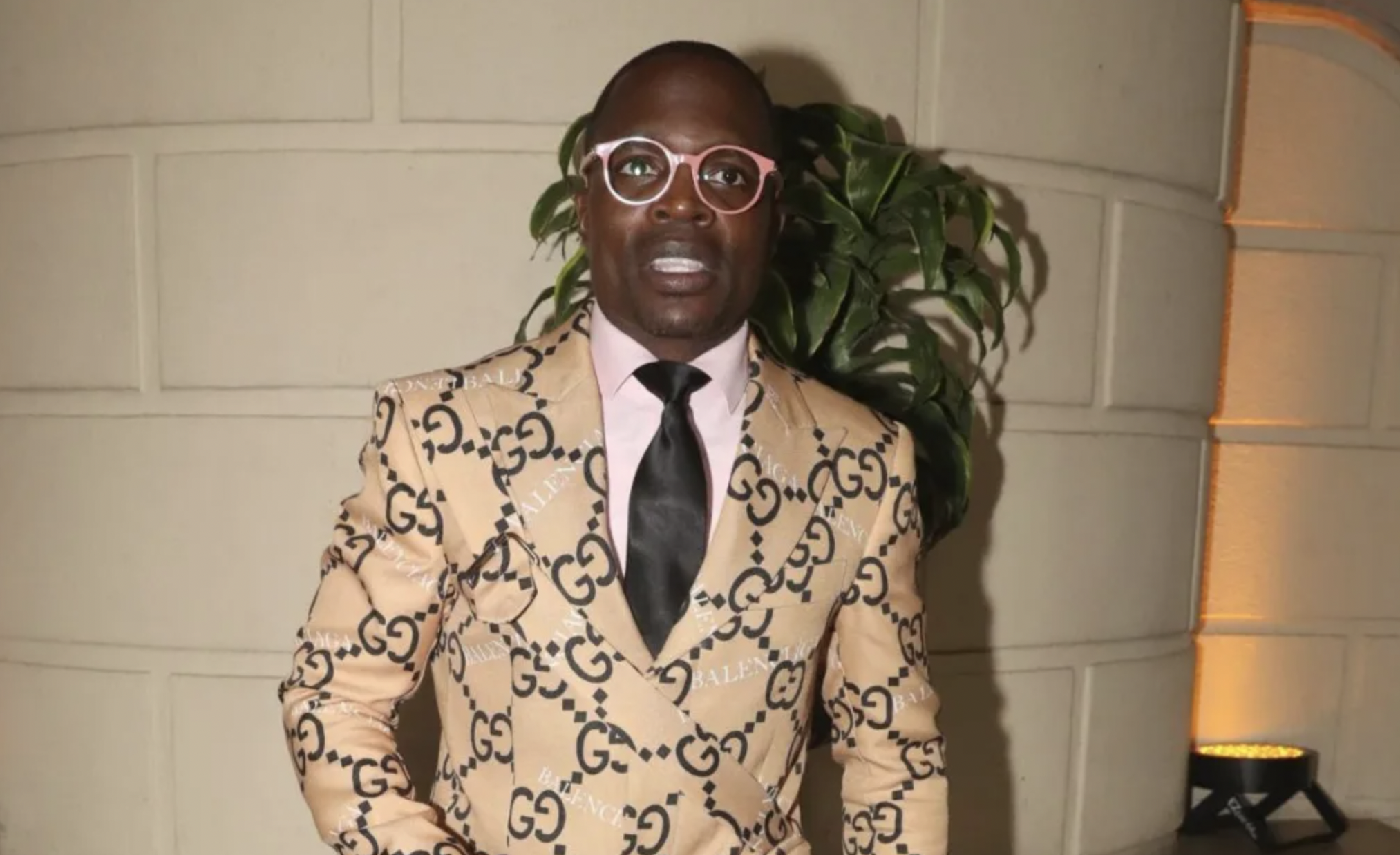 At first, Whitehead ignored the ladies but later invited one of them to come forward and take over the service. As the woman approached, he violently grabbed her neck and shoved her to the side.

He then continued on with his service as if nothing had happened. And later shared on social media that the altercation between him and the woman was an ongoing beef as he had filed a lawsuit against the two female YouTubers who accused him of stealing from his congregation.

In a now VIRAL video, Bishop Whitehead is seen delivering his sermon during which he is abruptly interrupted by the two women sitting in the crowd. 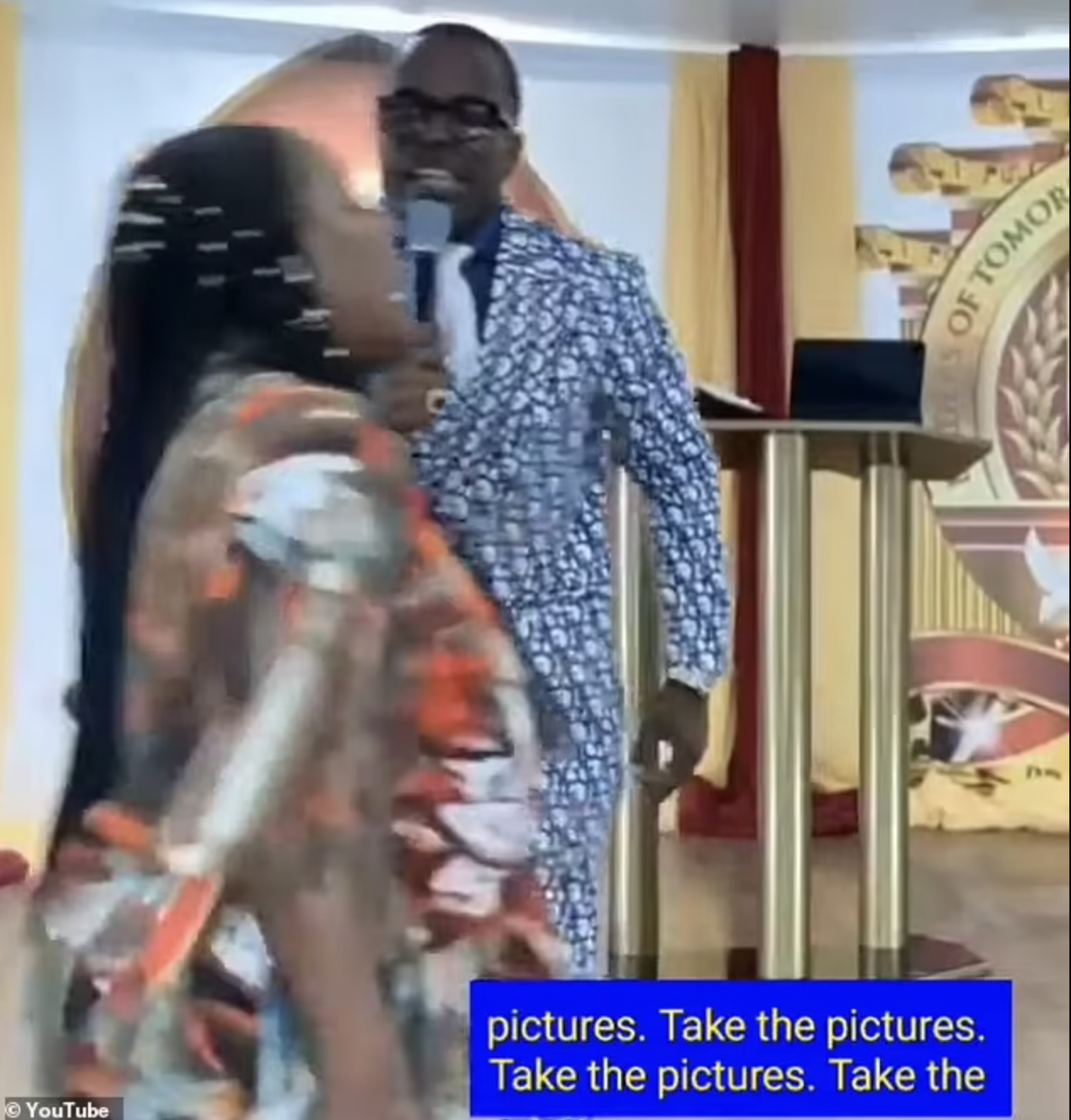 He then suggested that people who are spreading these rumors are “snapshotting and shooting right now, they screen recording right now.”

At this point, the woman is heard yelling something in the crowd. It’s unclear what she was saying, but it wasn’t anything positive about the Bishop. Whitehead is then heard taking a pause and saying to the woman: “You want to come preach? You want to come preach, come up here. I’m gonna make you famous, yes Lord.” 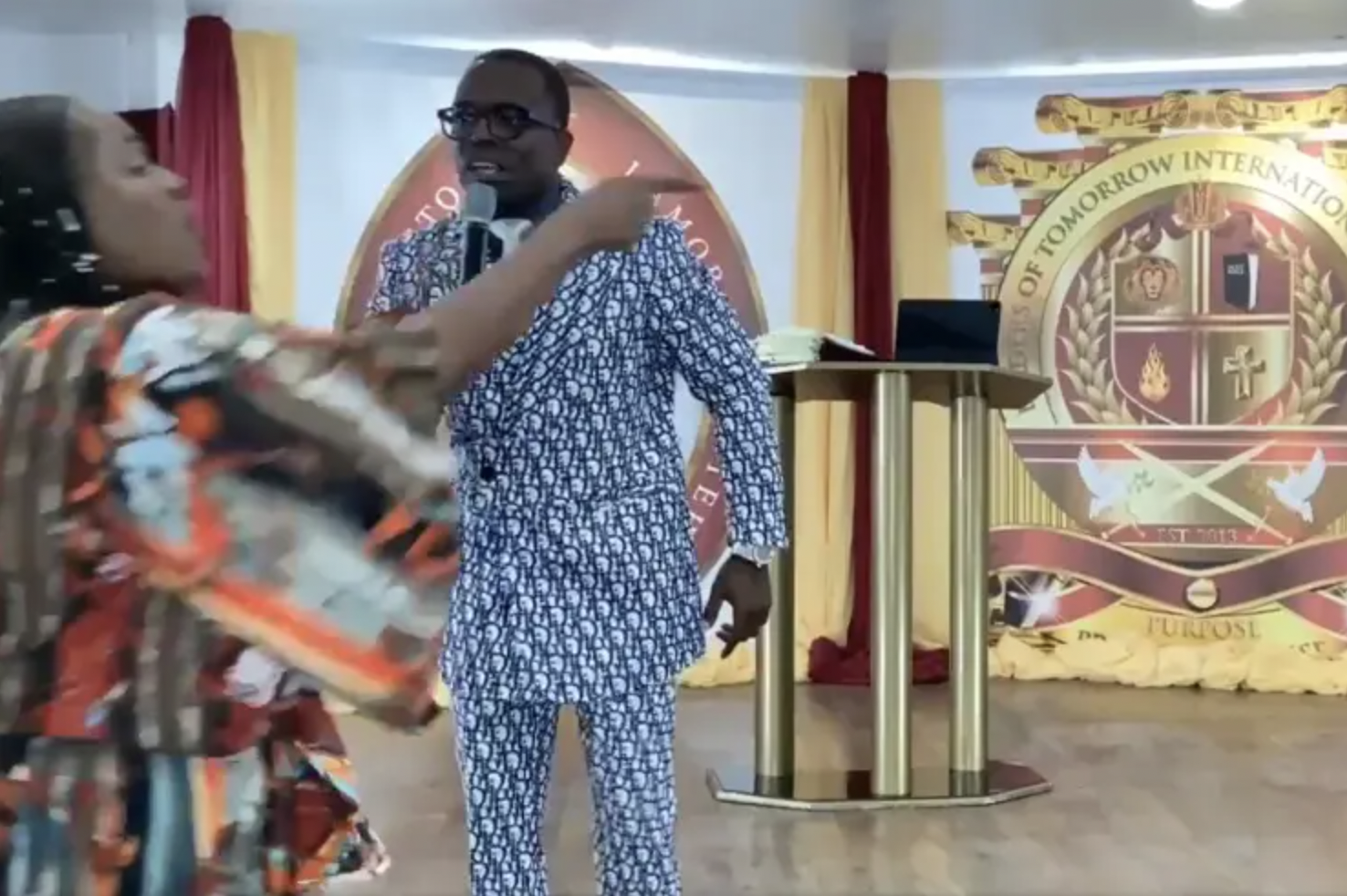 This is when the woman is seen approaching the stage from the left and immediately Bishop Whitehead comes increasingly close to her and grabs her neck.

While pushing her to the side, he yells, “Go over here, go over here. Grab her out.”

Off-screen, the Bishop is heard telling the woman “Press whatever charges you want, you’re not going to come in my space. I feel threatened.”

Both Bishop Whitehead and the woman were arrested and charges were pressed.