Cardi B BLASTS Back At Nicki Minaj … Disses Her MOTHER! (It’s BEEF Now)

Cardi B blasts back at Nicki Minaj and disses her mother! And it turns out that the beef was back on, although it was never fully squashed.

It turns out we’re going back in time because the Nicki Minaj and Cardi B feud lives on. The two have been fighting for years and they never fully extended an olive branch.

Nicki Minaj was giving the business to all her enemies on social media yesterday, including her arch rival Cardi B. Nicki bragged, “I don’t need to wait for ghost writers to finish getting their d**k s***ed, I can just go in with the juice and rattle the culture.” 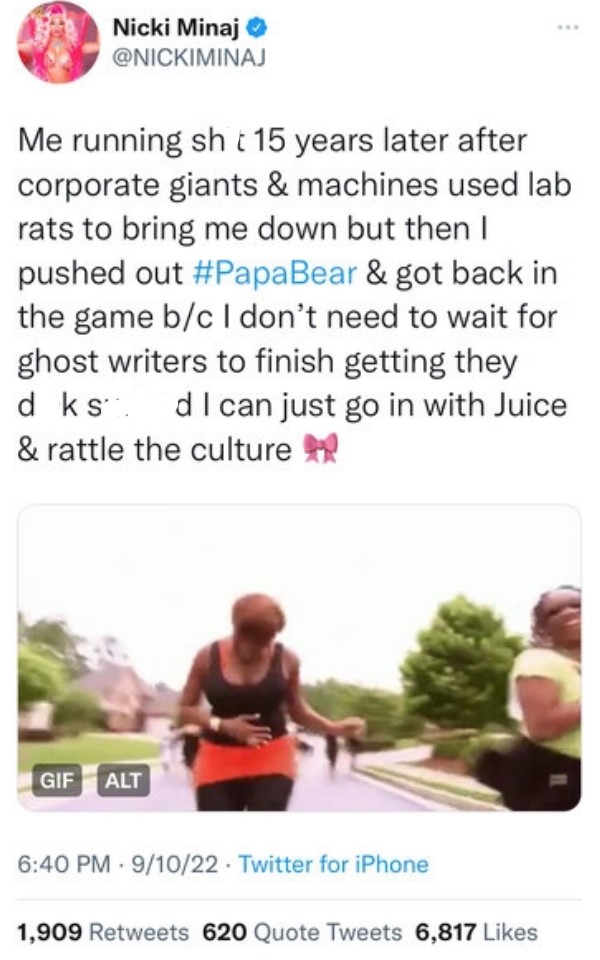 Which seemed to be a direct shot at Cardi.

Cardi is now firing back and disses Nicki Minaj’s mother, it seems. Cardi recently got into a fight with a woman on Twitter. The woman criticized Cardi’s most recent plastic surgery operation. 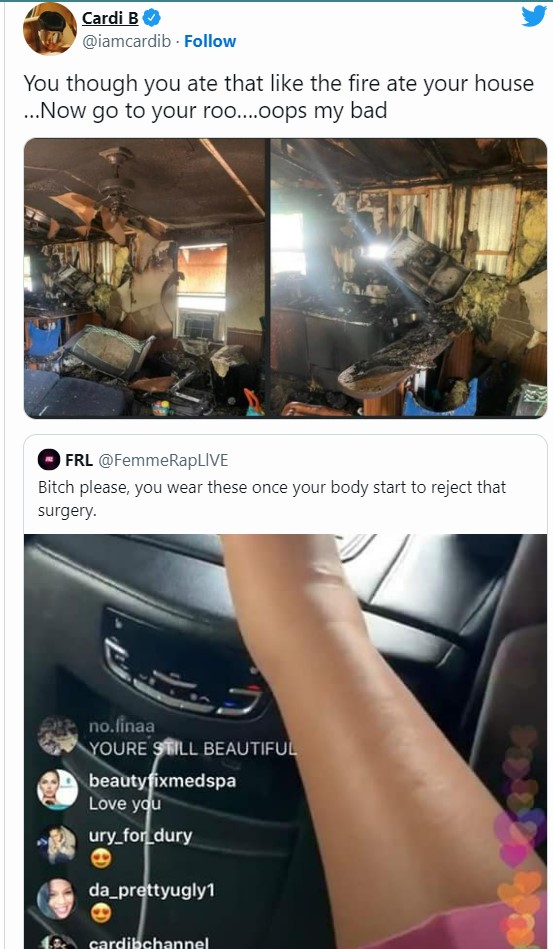 And as a clapback, Cardi made fun of the woman – whose home was recently lost in a fire. Well Nicki called out Cardi for her rather insensitive joke.

Cardi was asked what she thought about Nicki. Cardi said that if Nicki is too scared to publicly name her in the tweets, then it’s like they’re talking to their own mother. 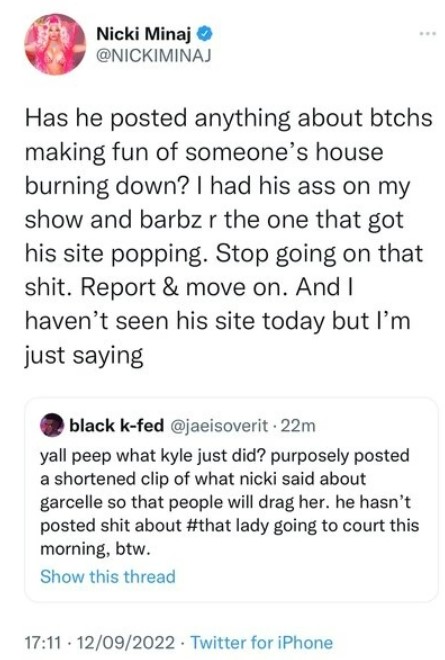 This shit is tiring, old, and redundant. Same formula, DIFFERENT YEAR 🟰 start chaos, drama, and then promote their shit. I actually have a life outside of my house and Twitter. Until bitches put a @ on it they talking to their mother. Byeeee