Woman LEAKS: Martell Already Cheating On Sheree From ATL Housewives ‘He Just Finished Eating Me From The Back’

Shortly after photos and videos of the couple went VIRAL on social media, a woman, alleging to be Holt’s baby mama claimed that “he ate her from the back” just a day before his photos with Sheree Whitfield went viral.

She claims that she has videos of Holt spending her night with her.

New couple Sheree Whitfield and Martell Holt were spotted on a romantic outing together and photos of the new pair went VIRAL on social media. And shortly after the photos circulated on the internet, a woman claiming to be Holt’s baby’s mother said that she has info about Holt that she wishes she could share.

She posted on social media that Holt was busy smashing her a day before he went official with 52-year-old Sheree.

The young woman, who goes by the name Arionne on social media, shared that she has footage from her ring camera proving that Holt spent the night with her just days before. 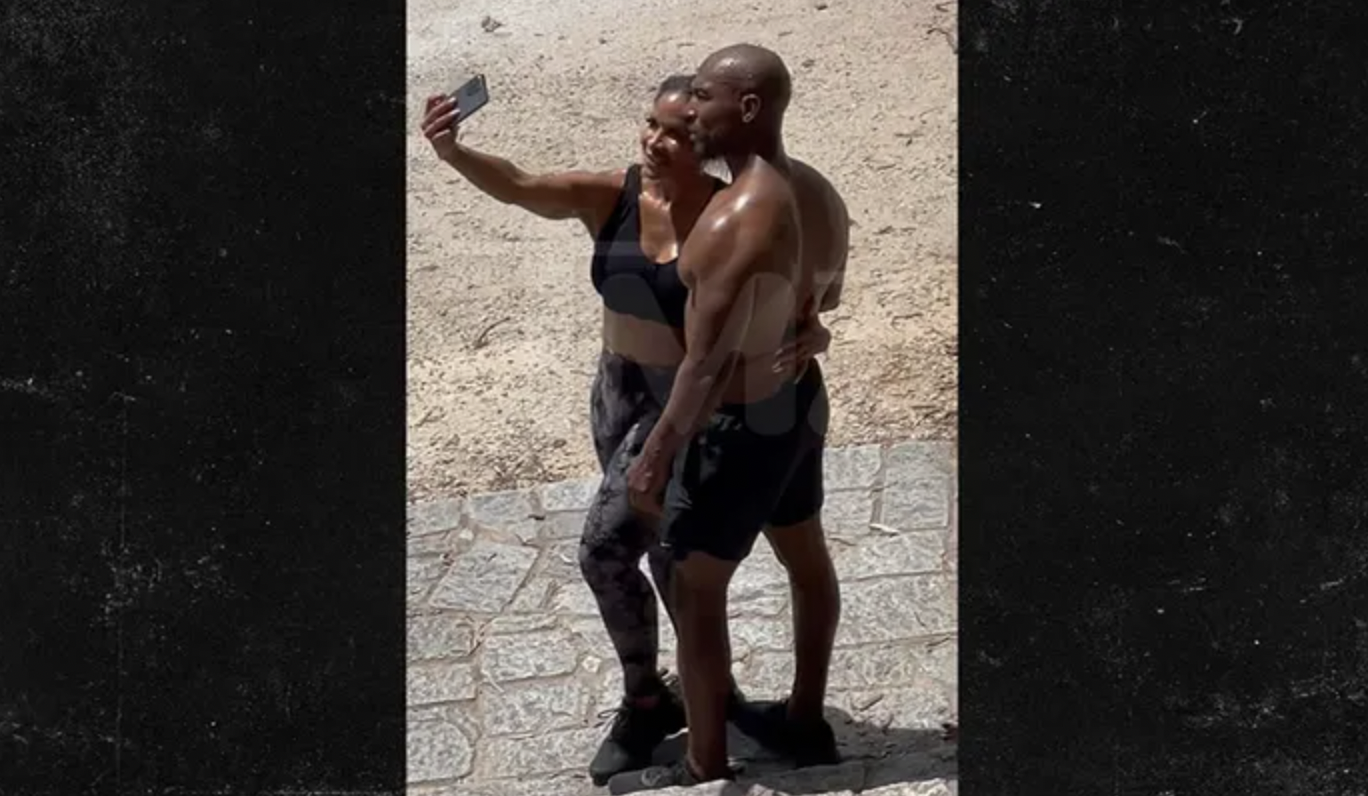 And she didn’t stop there… She even revealed the THINGS THAT HE DID WITH HER.

The woman explicitly revealed that Holt “just ate her from the back the day before yesterday literally l**king her a-h*le.”

She even disclosed that she has a baby by him and she hates that he impregnated her. 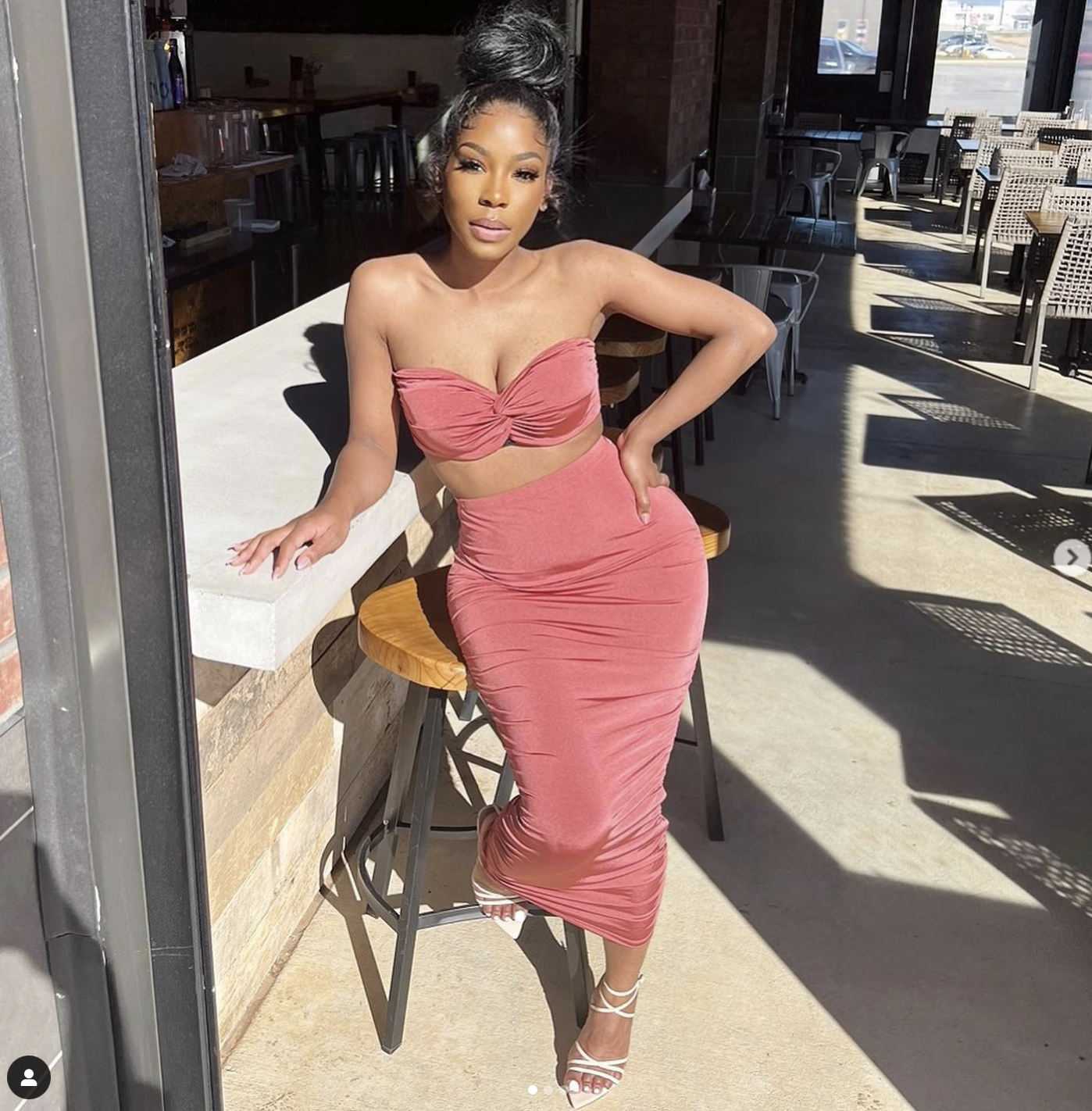 Sheree and Holt are busy celebrating their new relationship and even filmed the reunion of RHOA together. The two were seen taking a walk with Sheree’s dog and spending a cozy day.

None of them have spoken about Arionne’s claims yet but we are sure Holt will have something to say about it soon. 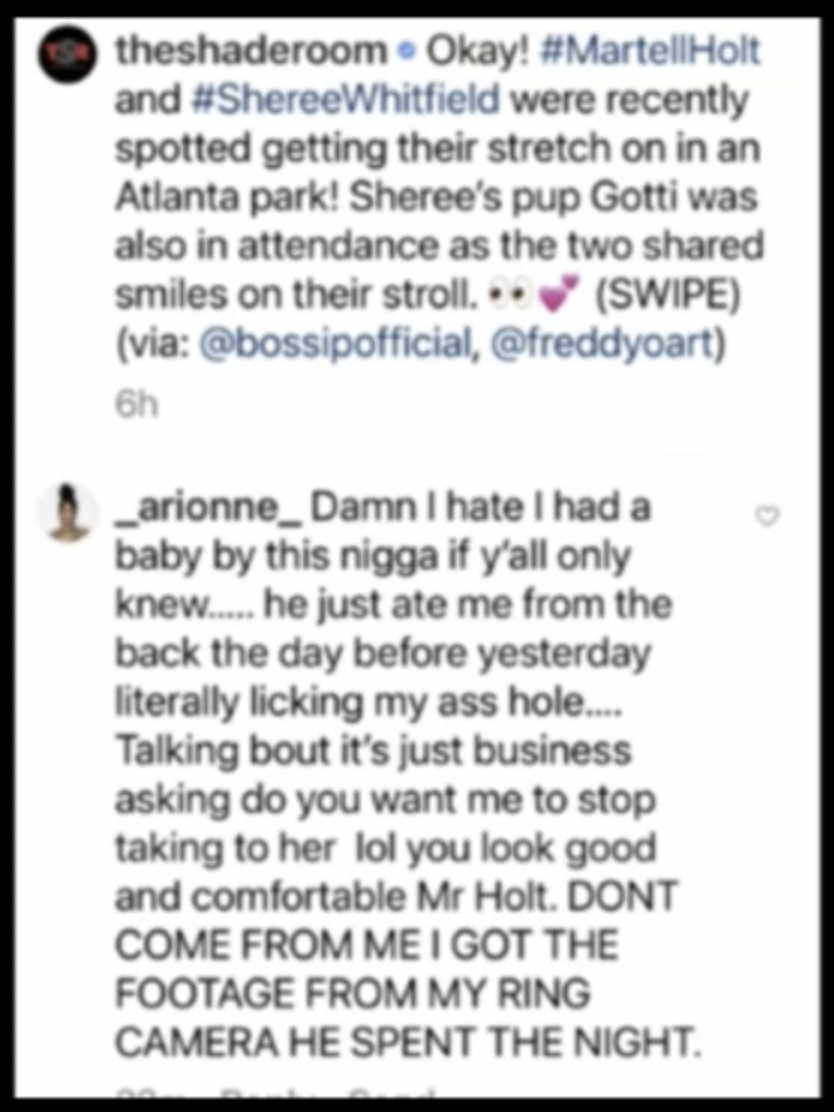