There are some things that can’t be fixed between Real Housewives of Atlanta stars Cynthia Bailey and Kenya Moore. And fans are now blasting Kenya after last night’s episode and calling her “evil” for trying to ruin Cynthia’s proposal moment!

This hasn’t been a good year for Kenya Moore. The star is now divorcing her husband, Marc Daly, and the situation has been pretty difficult for them lately. And her relationships with some of her co-stars on RHOA aren’t that great, either. 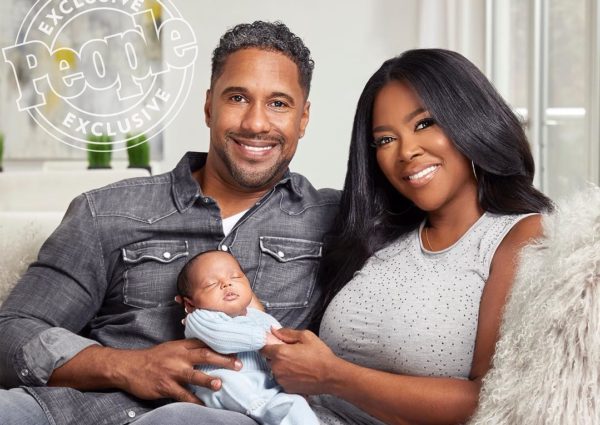 And her feud with Cynthia has reached new highs last night.

During Sunday’s episode of Real Housewives of Atlanta, Mike Hill planned to propose to his girlfriend, Cynthia Bailey. But Kenya wasn’t having it, and she decided to ruin the surprise for her co-star. Kenya arrived at Cynthia Bailey’s event, and when she arrived, she turned to Cynthia and said, “So all of his family is here? I’m telling you, I feel like he might propose tonight.” 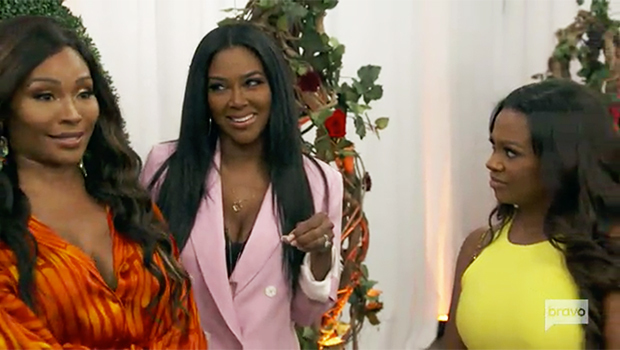 Kandi Burruss was so enraged that she had to step outside to cool off.

Kandi got very upset at Kenya for ruining the surprise and asked: “Why would you bring that up to her? Why do that?” She asked the same questions in a confessional and came up with a one-word answer: ‘b****’. And Twitter won’t let Kenya get away with it too soon. 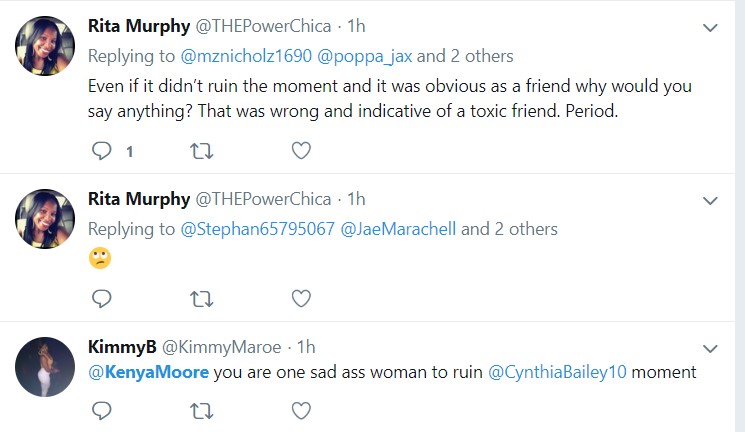