Disney star, Skai Jackson was just dragged by rapper Raqhid ‘Lil Keed’ Render’s baby mama. According to her, she’s a Disney thot! Over the last few days, Skai’s innocent status has been tarnished after several receipts made their way to the surface of her making moves on someone else’s man. Not only has she been calling him “daddy,” but she’s also told him that she wants to take things to another level.

17-year-old actress Skai Jackson who portrayed Zuri Ross on Disney Channel’s “Jessie,” then Bunk’d is now being called a thot by Raqhid Render’s baby mama. The drama started earlier this year when Skai and Lil Keed became friends. It didn’t take long for it become something more, but no one knows for sure (except those involved) just how far things went.

But someone seems to be threatened by it.

Despite not publicly dating, we all know that “something” went down between Lil Keed and Skai Jackson. Rumor has it that Keed’s baby mother “saw” some of the text messages that Skai was sending Keed, and decided to go off on her, on social media. From what we’ve heard, Skai has been calling Keed “daddy.” 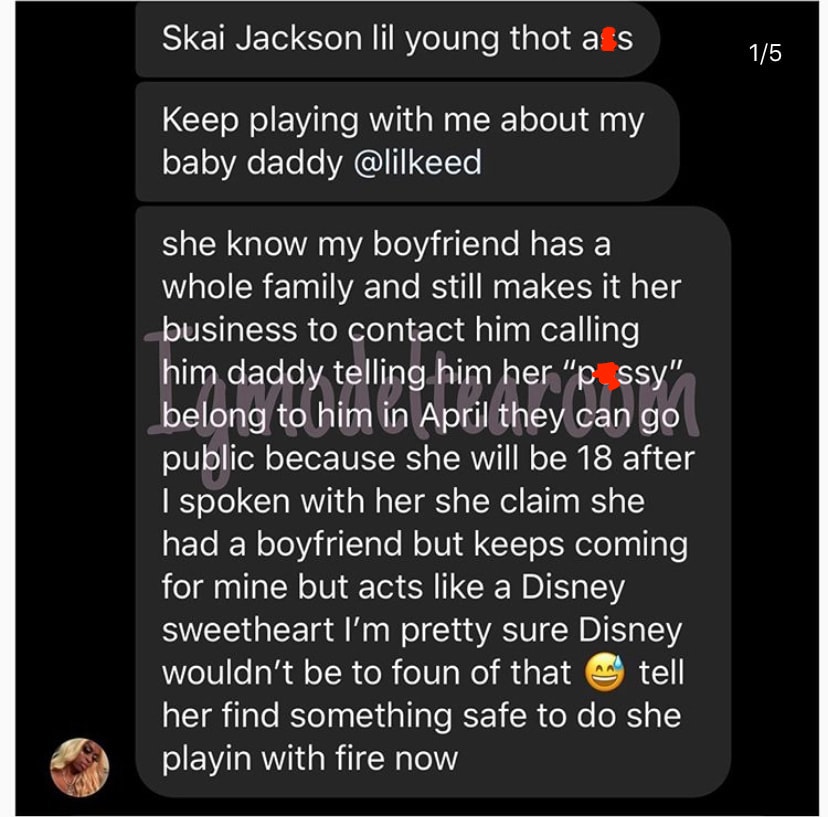 Lil Keed’s baby mother wrote, “Skai Jackson, lil young thot as*… Keep playing with me about my baby daddy… she knows my boyfriend has a whole family and still makes it her business to contact him calling him daddy.” She also said that Skai told Keed that her p*ssy belongs to him and that they can go public when she turns 18. 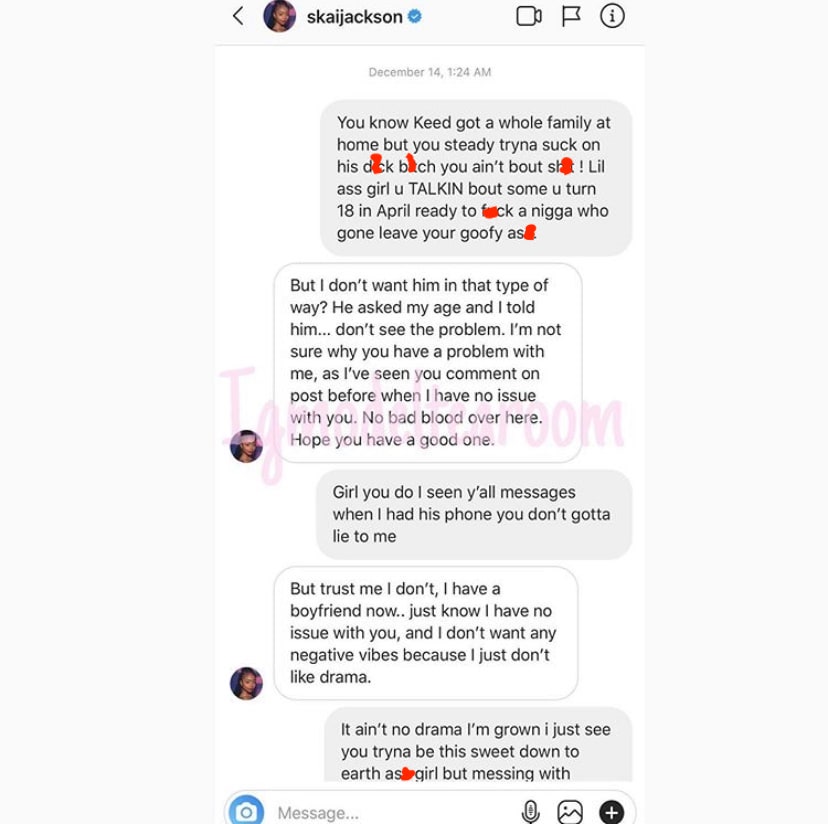 Baby mama then messaged Skai for some answers and she said that she doesn’t “want him in that type of way.” Skai went on to say that she has a boyfriend and she doesn’t want any drama, but after looking at a message she sent to Keed, we know that she was lying. 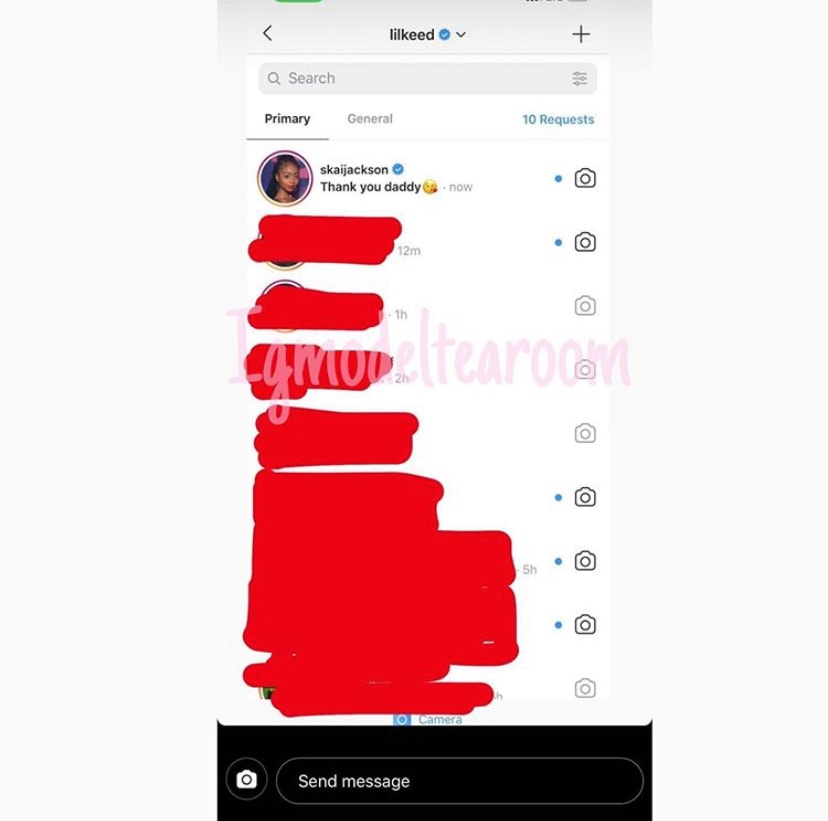