Love & Hip Hop: Miami star, Bobby Lytes now identifies as female. We’ve just learned that the reality star is coming out as transgender. His/her new name is going to be Vanity. Over the last few days, Bobby has been posting photos wearing wigs and dresses and teasing his followers of a big reveal.

Rapper Bobby Lytes joined the cast of Love & Hip Hop: Miami in 2018, becoming the first openly gay member of the franchise. The reality series followed his struggling career as a gay rapper in the “homophobic hip hop industry.” 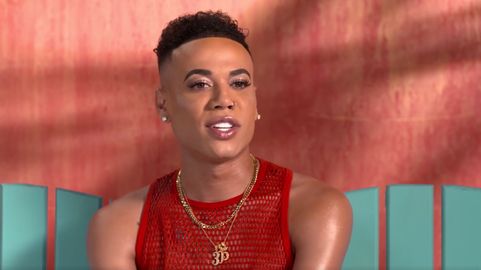 Bobby has said on countless occasions that he would have gone platinum by now if he wasn’t gay.

Bobby joined YouTube in 2010, and for the last year or so, has been dropping song after song. To date, his channel has just over 500,000 views which is a lot less than one would expect from a cover artist, let alone a rapper on a popular reality series. 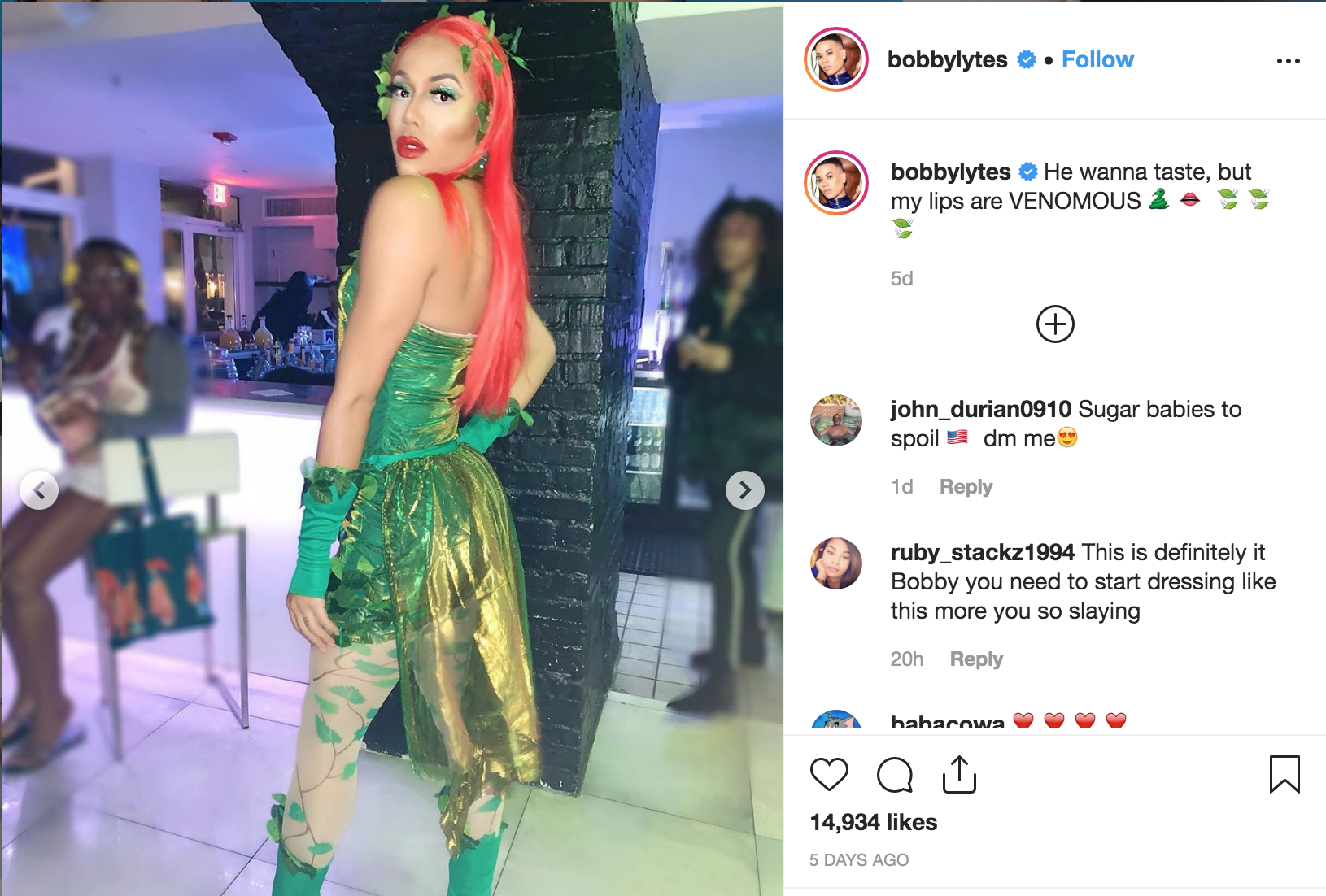 Sources claim that Bobby is planning on making it official ob the upcoming season of “Love & Hip Hop: Miami,” which is already in the middle of filming. The news is surprising to many, but it appears that several of his Instagram followers supported his decision. 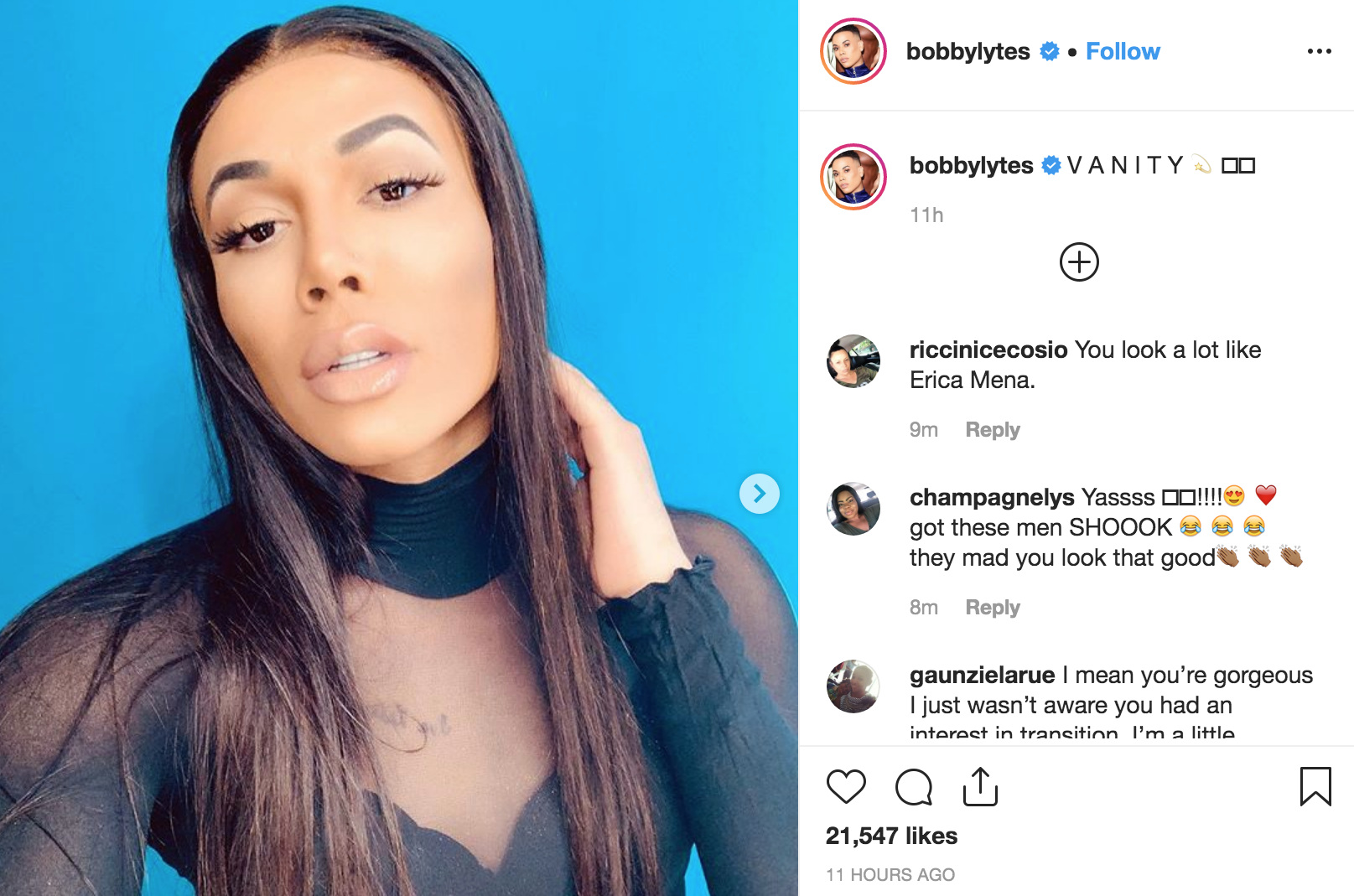 Bobby also happens to be the cousin of hip hop star Trina whose advice does not seem to be working. The show also focuses on Bobby’s personal life, much of which is centered around him finding out that his boyfriend of a year and a half was cheating on him with his ex. 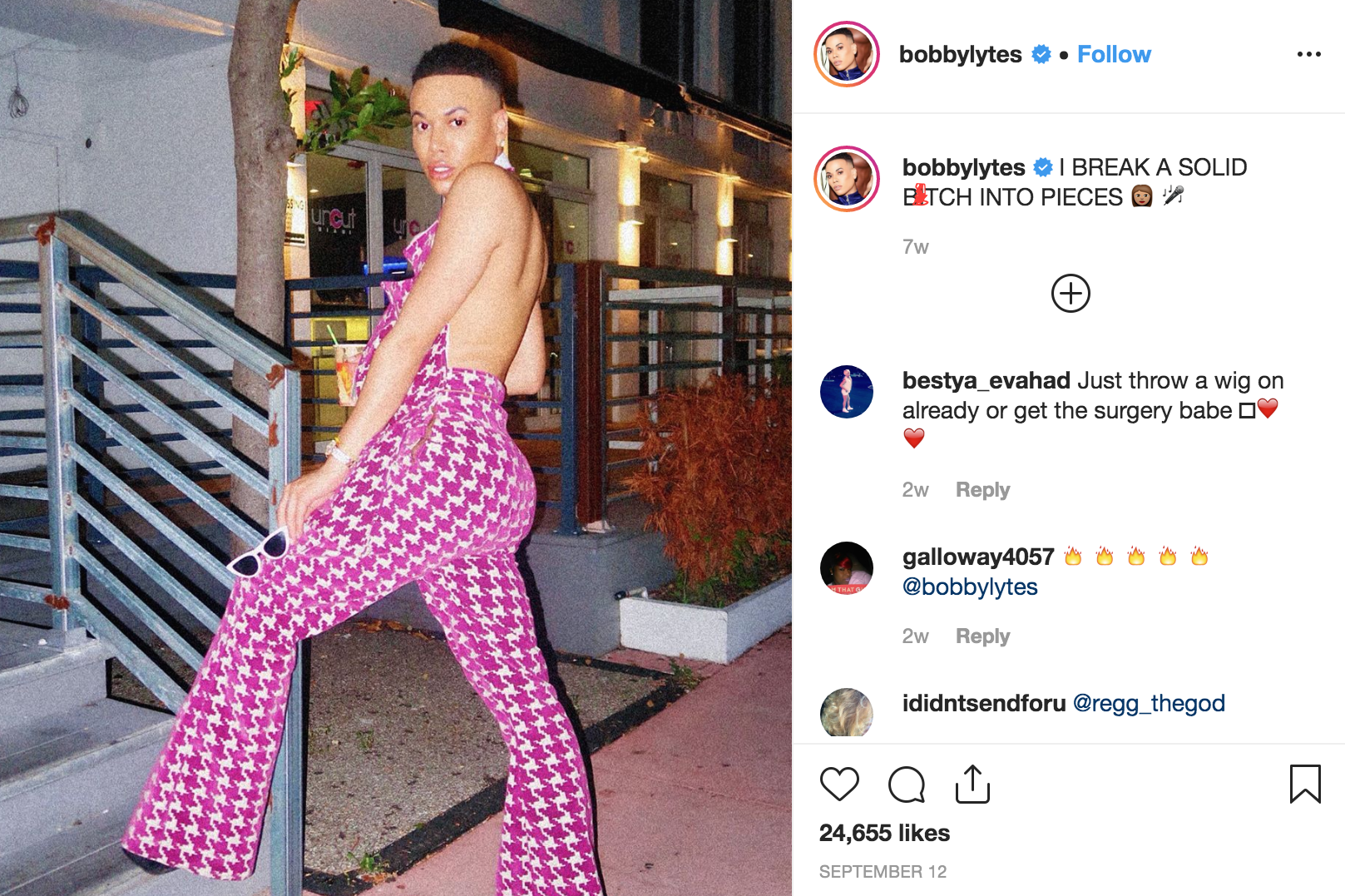