The Los Angeles Rams’ Van Jefferson had a lot to celebrate Sunday. Not only did his team win the Super Bowl, but his wife welcomed the couple’s second child.

Samaria, who was 40 weeks pregnant, reportedly left midway through the game on a stretcher.

Van Jefferson grabbed his daughter as she and his dad came into the field and sprinted through the locker room and is heading to the hospital right now. Samaria, his wife, is having their son and was rushed to the hospital mid-game as she went into labor.

Despite being 40 weeks pregnant, Samaria was determined to watch her husband, who is her high school sweetheart, play at the big game.

She reportedly told the Rams that if she did go into labor during the game she didn’t want her husband to know.

“I’ll see you at the hospital afterwards,’” she told him. “Hey, you go play. We’ll see you after.”

And that’s exactly what happened.

During the game she went into labor, but Jefferson continued to play. After the Rams won, Jefferson’s father came on to the field with the 25-year-old’s daughter and they rushed out of the stadium to go to the hospital.

Jefferson shared the exciting news about the birth of the couple’s son later on his Instagram story. He captioned the photo “X2!!!!!” 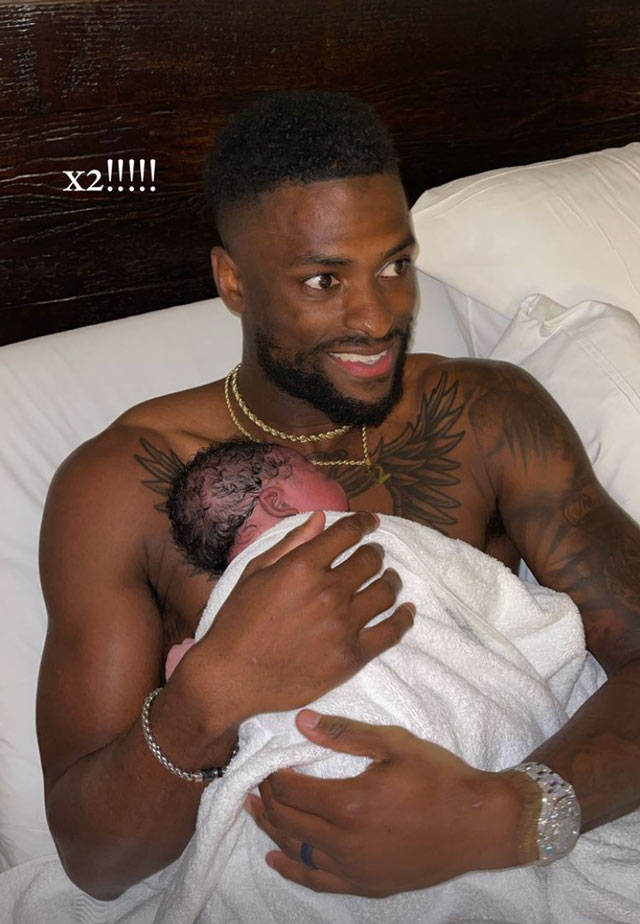 It was a great day, bro,” he said on an Instagram Live, according to ESPN.

“I got three prizes today — my wife, my son and the Super Bowl.”

Congratulations to Van and Samaria! February 13th will always be a special day for the Jefferson family.