Singer Teyana Taylor was hospitalized over the weekend during her concert. The 30-year-old singer shared that her “body gave out” and she was forced to cancel the show.

“SHUT DOWN, my body actually low key betrayed me cause ah b**ch was tryna get on that stage.”

Singer Teyana Taylor thanked her Connecticut fans after she canceled her Mashantucket show on Saturday. In a candid social media post, the singer shared that she was hospitalized after her body gave up during her show. “Y’all know Petunia don’t miss no shows & most importantly, know I’ve been leaving it all on tha [sic] stage for a month straight 1000%,” Taylor began her post on social media about her sudden health issues.

“So I am really saddened to have not been able to do the same for you last night. My team & I tried everything down to the very last second to get me out on that stage, but my body simply just gave out, which actually started a few days ago,” she added on social media.

“SHUT DOWN, my body actually low key betrayed me cause ah bitch was tryna get on that stage 🙄 Y’all know I’m with the s—-! y’all have seen me with a broken foot and all types of other crazy s— but still got on that stage and bodied it 😩😩,” she added. A few months ago, Taylor even revealed that doctors found lumps in her breasts for which she underwent surgery.

“But honestly you have to listen to your body and know when to sit down; or it will definitely sit you down….. in the ER,” she continued.

Along with the post, Taylor also shared a photo of herself in a hospital bed looking extremely frail. 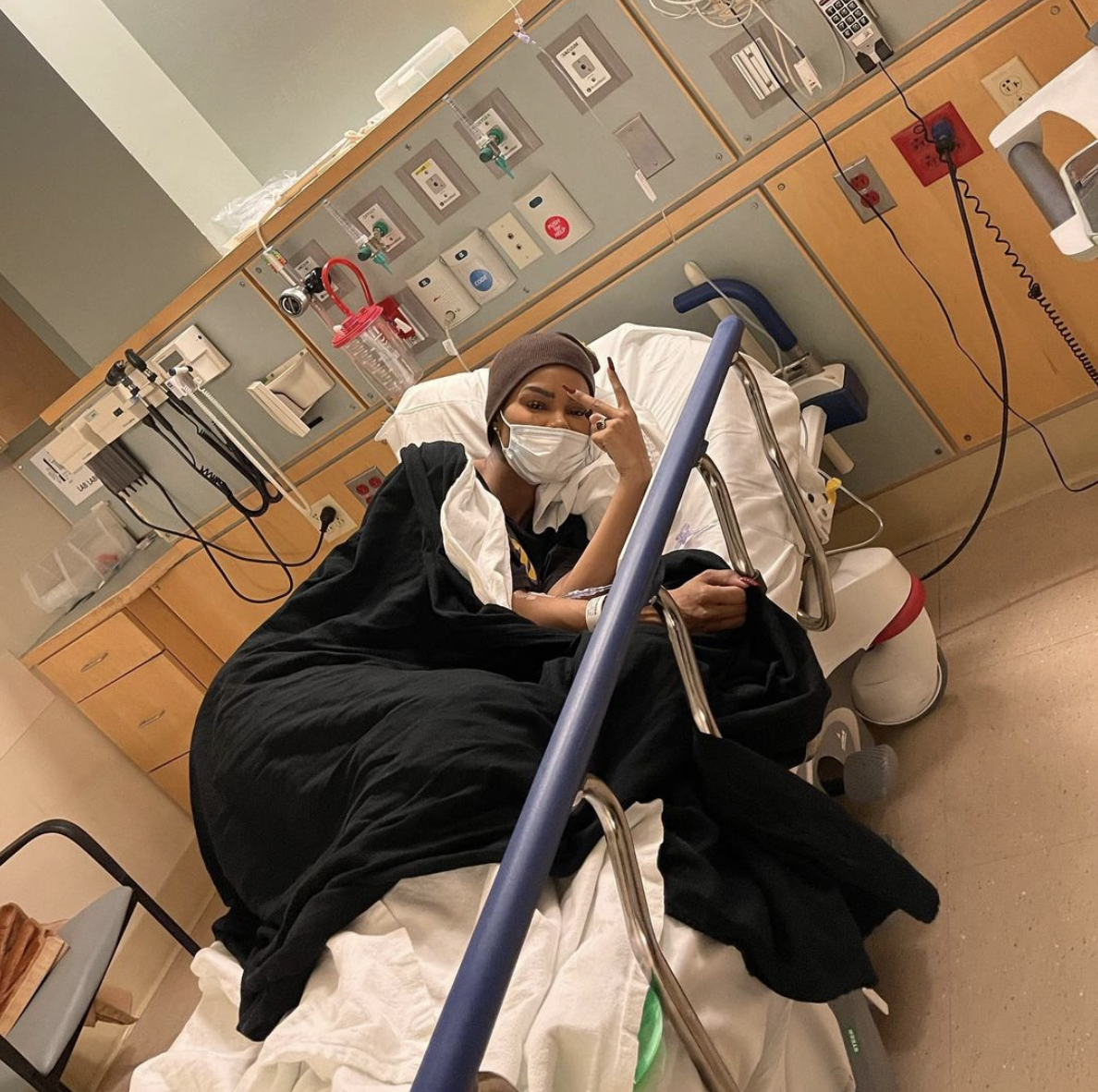 She added: “Mine sat my ass down in the ER for sure but I’ve since got the proper fluids and nutrients put back into my body all night/morning & will take the next few off days to continue to recover.”

Taylor apologized to her fans and promised them that the show will resume soon and that all tickets will be honored.