The Truth Behind Erica Mena Not Allowing Safaree Samuels Into The Emergency Room During Childbirth! (Details)

Erica Mena is now sharing the truth about what happened in the emergency room during childbirth, and why people claim she didn’t allow Safaree Samuels to be there.

Erica Mena and Safaree Samuels continue their messy divorce. The couple, who were once so happy, have been at odds for months. Erica even gave birth to their second baby, and Safaree wasn’t there. 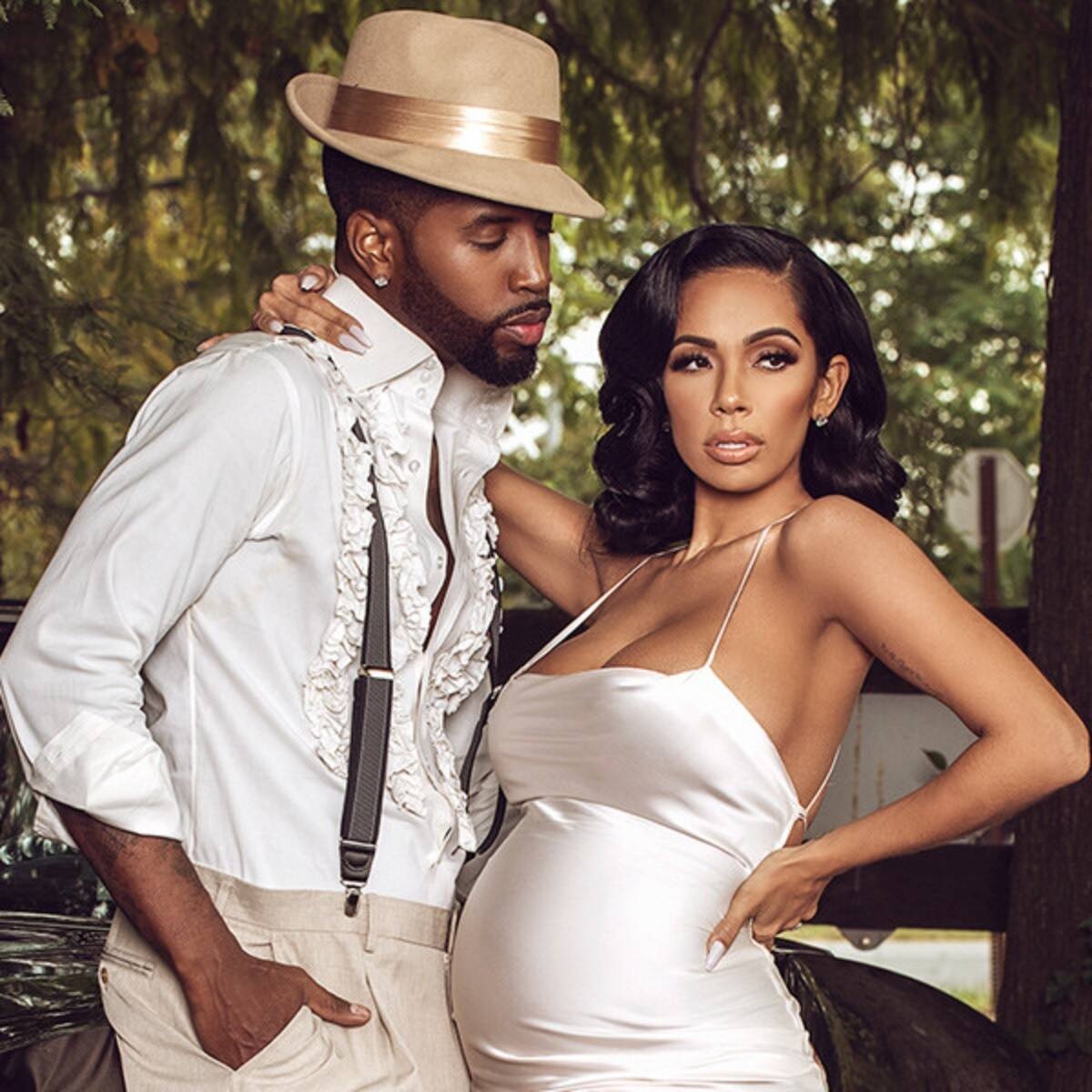 In a new series of tweets, Erica Mena explains why Safaree Samuels wasn’t there during childbirth. But she says it wasn’t her call, and he didn’t make an effort. Erica wrote: “I seem to still be getting bashed by this false narrative that I wasn’t allowing my ex husband into the delivery room.” 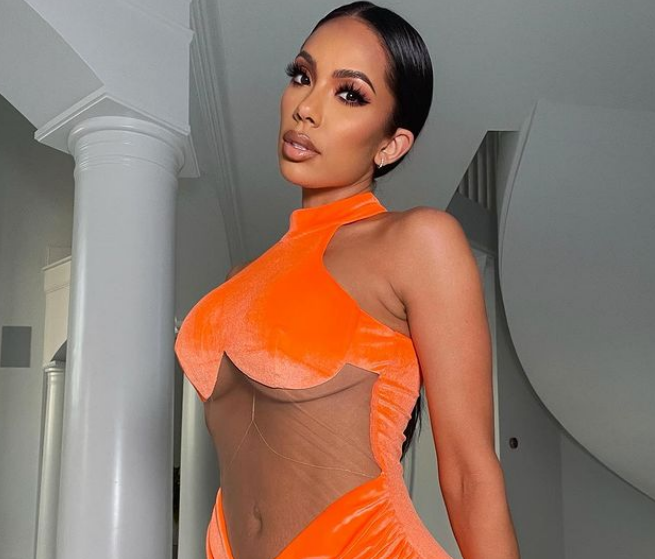 She added: “When that was filed in court it was extremely surprising to me especially because I was in the hospital prior and no effort made to be present at all.”

Erica continued: “So let’s clear this up once and for all. NEVER did I say or even think to not have him in the delivery room. Maybe due to a guilty conscience or a money-hungry lawyer on that end is what lead for that to even be filed in court. Never been or will be the type to keep him from them.” 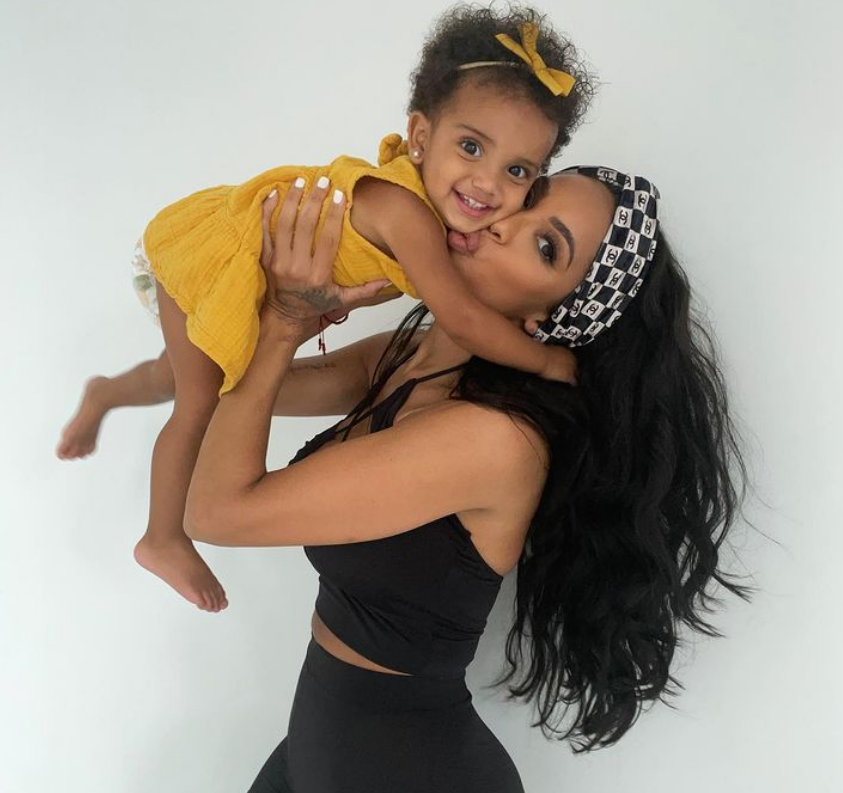 And continued about her postpartum depression: “This postpartum shit is HARD! My babies really been my source of strength. Because in all honestly I don’t even know how I’m doing it. Today just so happens to be my strong day but yesterday wasn’t. Man I’m just ready to heal though. Really heal.”

Erica concluded: “I would be lying if I said I wasn’t embarrassed by everything I was and still going through. But reading and seeing all your messages. It’s sad but comforting that I’m not the only one who has experienced what I went through during and after labor.” 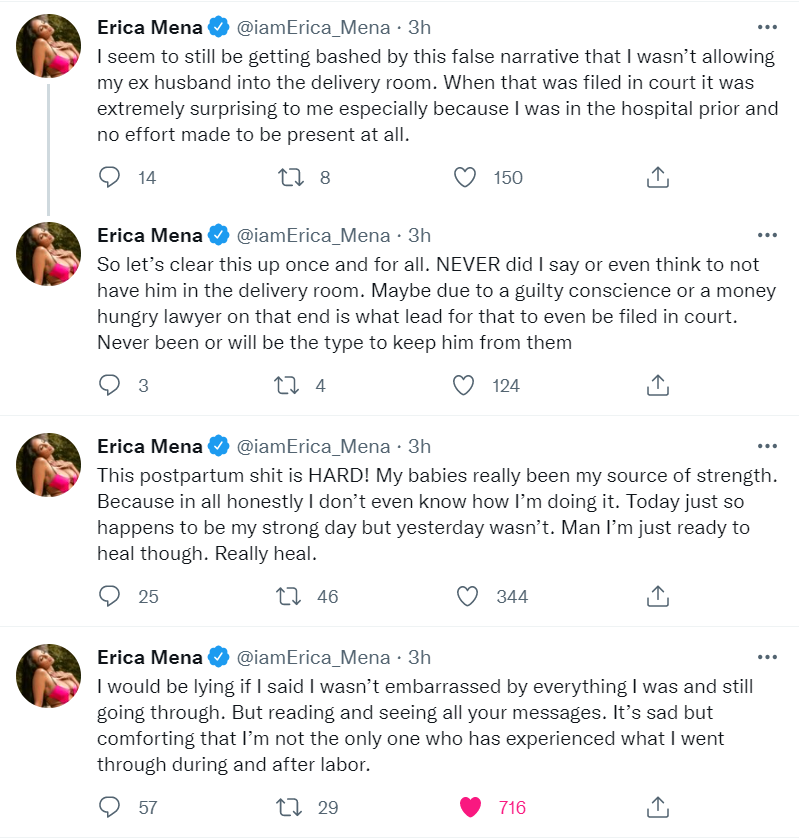 She constantly called out Safaree for not being there after she gave birth.