If you missed this week’s episode of The Kardashians, you’ll have no clue just how much effort the sisters go to when preparing to walk the red carpet, let alone walk the steps of the prestigious Met Gala.

Often referred to as fashion’s biggest night, the Met Gala in New York City is a fundraising gala held each year to raise money for the Metropolitan Museum of Art’s Costume Institute.

Each year has a theme with this year’s being In America: An Anthology of Fashion – focused on an exploration of fashion in the United States.

Kim Kardashian caused a buzz when she turned up in a glittering dress worn by the late Marilyn Monroe in 1962, a piece of clothing she allegedly had to lose 16 pounds to fit into.

Though, more importantly, this year’s Met Gala served as the night that Kendall Jenner, 27, had to resort to peeing in an ice bucket while being slightly encumbered by her heavily layered Prada skirt.

In the latest episode of their reality series, The Kardashians – Kim, Khloe, Kourtney, Kendall, Kylie, and Kris shared their experiences getting ready for this year’s Met. And, as glamorous as it seems – with teams of hairstylists and makeup artists pandering to their every request – Kendall has revealed that it is, in fact, very un-glam.

While sporting a black, ruffled Prada skirt and mesh top – complete with bleached brows and waved locks – Kendall was forced to squat over an ice bucket in the Sprinter van that was driving her to the Met, something that left her feeling “mortified.”

“I need to drink a sip of water and I need to pee,” Kendall says to her team in the van, per BuzzFeed News. “Nobody judge me.”

“Do you know what, Kendall, we have an ice bucket,” her assistant says.

“This is so mortifying,” Kendall says, “Whoever has to deal with my pee later, I’m so sorry.”

“It’s going to happen, but someone needs to run music because I can’t let you guys listen to me pee,” the model announces, as she hikes up her dress and begins to squat over the bucket. 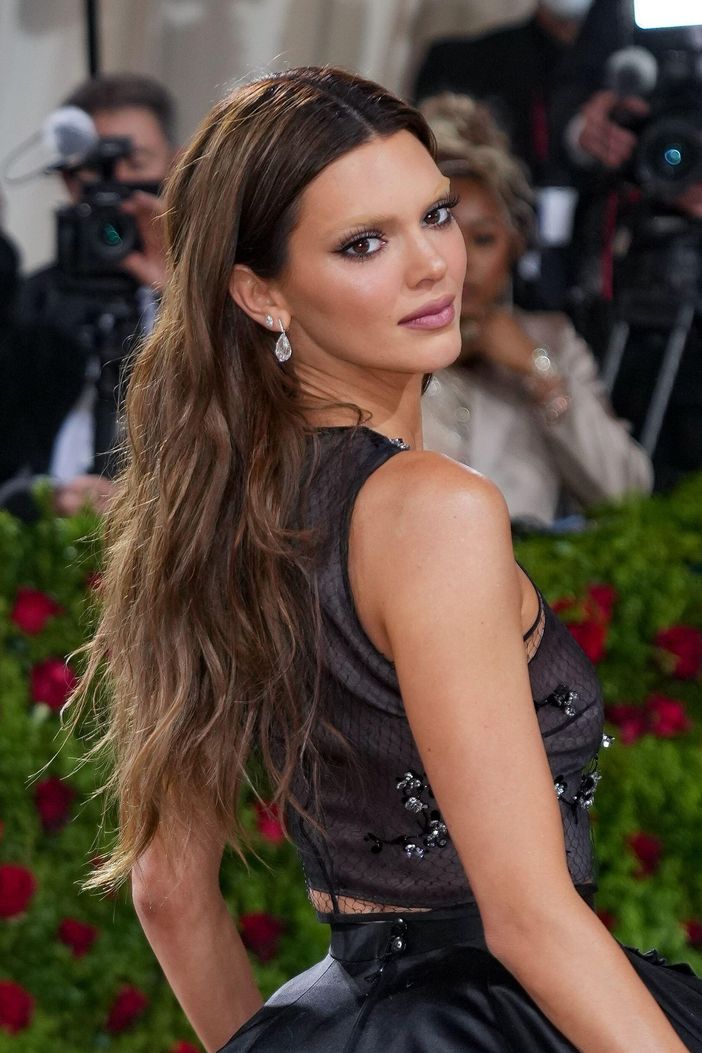 In her confessional after the hilarious clip, Kendall tells the crew: “Best decision I’ve ever made because I don’t know what I would have done when I got inside.”