Julia Fox makes ‘dress’ made from handpicked leaves: ‘Anything can be clothes’

Julia Fox has once again made a bold style statement; taking to TikTok to show off her dress made from handpicked leaves.

The actress – who made her acting debut alongside Adam Sandler in Uncut Gems – has become somewhat of a muse in the fashion world, ever since her short-lived relationship with Kanye West (now known simply as Ye) came to an end earlier this year.

The pair famously dated for a month – taking part in restaurant fashion shoots, hotel room clothing fittings, and attending Paris Fashion Week – before Fox claimed she dumped Ye at the “first sign of a red flag,” per Insider.

Now, the 32-year-old has become the new “It Girl” on TikTok – amassing more than 1 million followers and a legion of fans on the short-form video platform.

Check out the bizarre outfit in the video below:

One of her latest videos is a DIY clothing creation where she takes fallen leaves and turns them into wearable art, raking in the views with a total 441,000 and counting. Talk about unbeleafable!

“Hey guys, so, I’m obsessed with leaves and I go to the park every day so I’ve been seeing the leaves change and I just got really inspired,” her voiceover begins in the video.

“I called my BFF, Emma, who is an artist and a resin master. We cleaned up the leaves and she started mixing the resin together,” Fox continued, showing viewers how she quickly coated all of the leaves in resin before they oxidized and then stuck them to dry on a wooden rack.

She then added: “Leaves are so important, they just rake them up and blow them away but it’s really tree food and bug food.

The Italian-born actress and her friend then used a hot glue gun to start arranging the leaves together in a “boob cup,” linking the pieces together with chains. 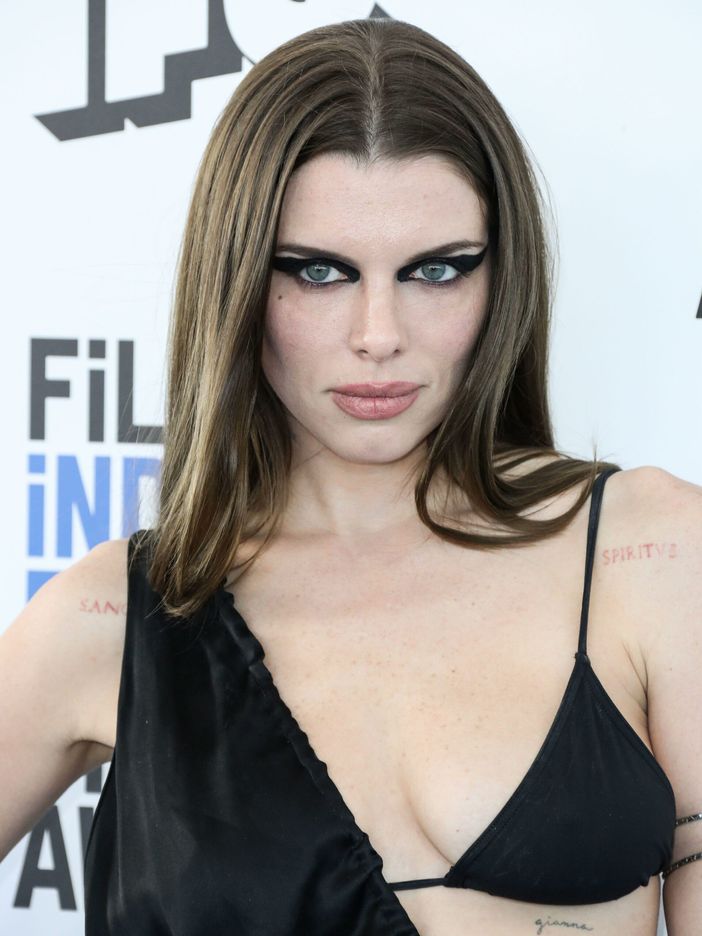 “I kind of want it to be body jewelry, rather than clothing,” Fox says, as we see short clips of her trying on the delicate number in a “test run.”

“We want to make it look like the leaves are falling, since it is the Fall 2022 dress,” she continues, before saying: “I’m kind of obsessed with it.”

“I don’t know if it’s really wearable, because my booty was all out in it but I’m obsessed with it,” the mom-of-one says as she shows of her rather revealing look. It’s almost reminiscent of an Adam and Eve fig leaf situation.

“Anyway, anything can be clothes ladies, and now that we are in dark times we all need to learn how to be crafty,” Fox laughs as the video concludes.

Who knows, maybe the fashion world will have FALLen in love with Fox’s designs and we could even see it feature on next year’s runways? Either way, there’s no harm in learning how to be a bit more crafty!