After days of mystery, photos of the woman believed to have welcomed a child with Diddy have surfaced—and fans think she looks strikingly similar to his ex, Cassie.

All the while people have been ogling pictures of the new mom, Diddy’s current boo is clapping back at allegations that she’s “been his side piece” this whole time. “I don’t come 2nd to no b***!” said the City Girls rapper. 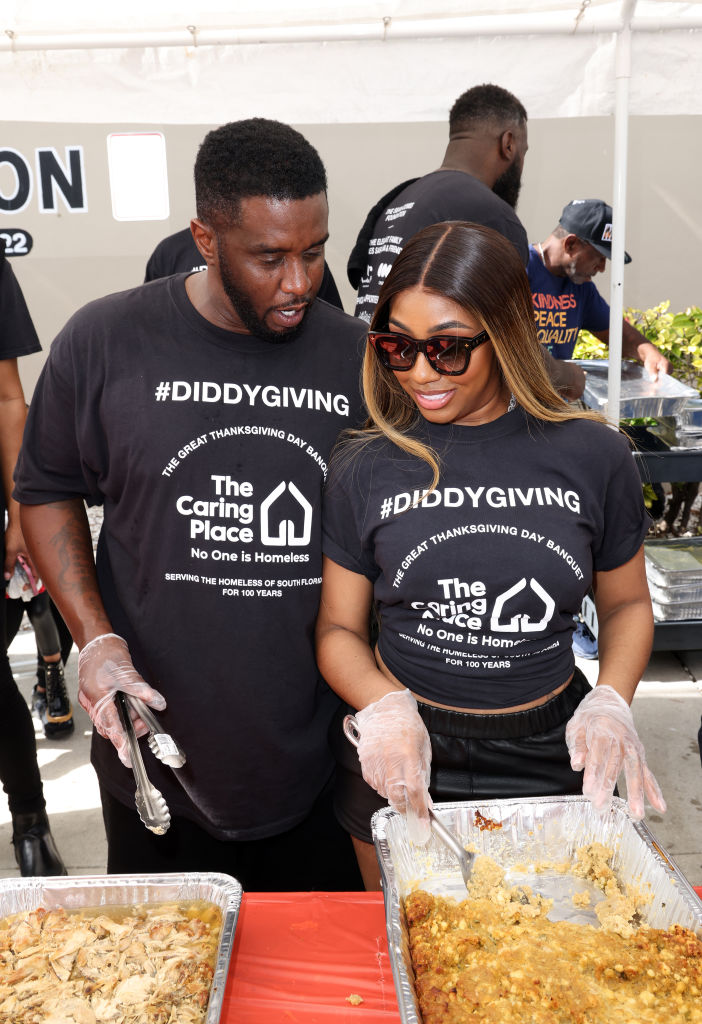 As previously reported, Diddy shocked fans over the weekend when he announced that he welcomed a baby girl named Love Sean Combs into the world. The baby was reportedly born in a hospital in Newport Beach, California in October but the mom remained a mystery.

Now there’s more to share about the infant’s mother.

TMZ reports that the mother of the child is a 28-year-old data specialist named Dana Tran.

Diddy shocked the world when he revealed he had recently welcomed a new baby girl into the world … and now we've learned more about the baby's mother. https://t.co/rgqLYnh5qx

Dana apparently goes by Dana Tee on most of her social media although it appears her Instagram was recently deleted, notes TMZ.

Despite Tee’s absence on social media, Twitter detectives have found several pictures of the SoCal native and they think she bares a resemblance to Cassie who Diddy dated for 11 years.

Diddy really had a baby with a Cassie doppelgänger

As fans scour the internet for more pics of Tran, Yung Miami is clapping back at allegations that she played second fiddle to the woman while Diddy was dating (and apparently impregnating) her.

The City Girl is apparently pretty pissed and she’s speaking out via social media.

Yung Miami Denies Being Diddy’s Side Chick
Amid chatter about Diddy’s new baby and baby’s mother, a fed-up Yung Miami took to Twitter to write;

I'M NOBODY SIDE BITCH LETS JUST MAKE THIS CLEAR ON THIS GOOD MONDAY! I don't come 2nd to no bitch!

Diddy different… my Nigga done f*cked around and had a side baby on his harem of side chicks. Brother Love a real 1. 🤣🤣🤣🤣

Misdirected anger… Brother Love wouldn't approve of this behavior. I aint the one that had a side baby on yall …relax. https://t.co/USdHFmvf0l

The rapper who’s adamant that she and her friendbae Diddy are both “single but dating” also slammed detractors who said they could never be in the position she’s in with Diddy.

Diddy won't even look half of y'all bitches way! Majority off y'all praying upon a falling star bitch plssssssss!!!!!!!

She also denied being upset about the baby news and her fellow City Girl JT is weighing in.

Miami’s since slammed DJ Akademiks even further while denying having a breakdown about Diddy’s baby news.

It's cool for a MAN to constantly harass me online that I don't know! he did the same shit when my car got shot up he laughed when I almost lost my life find somebody else to play with! I can react how tf I want to!

Who having a mental breakdown you talking on me ponk! https://t.co/7NW7R1U6Gn

I'm tryna figure out when was I mad or having a mental breakdown 🤔 bitch I'm in lala land with my feet up smelling my flowers. yall mad. You the one screaming at your screen calling me out my name ponk!